Local pie of retailing is both sweet and bitter

As one of the most dynamic economies in the region, Vietnam's retail market is attractive for many foreign investors, but it can also be challenging at the same time.

Trang believes as more people move into cities and take on higher-value manufacturing and service jobs, their incomes also increase.

She calculated the high growth of middle class population at 19 percent in 2020-25, including 70 percent of people of working age, is a key driver of strong retail growth. At the same time, experts said increasing tourism also helps lift the market.

Since 2014, the market has witnessed a series of mergers and acquisitions (M&A) deals. An example is Berli Jucker’s acquisition of Metro Cash & Carry Vietnam, the largest M&A deal ever in Vietnam.

E-mart – the Republic of Korea (RoK)'s leading retailer – also officially joined the playground in 2015 with a 60 million-USD shopping mall in the north of HCM City. Also from the RoK, Lotte Mart has been quite successful with a series of supermarkets and shopping centres across the country.

AEON, one of the world's leading retail groups from Japan, is also gradually expanding its network with a fifth centre in Ha Dong in the capital city opening last November. Its Japanese fellow, Takashimaya presented in a prime location in HCM City four years ago.

However, foreign retailers are also faced with fierce competition. The evidence is that big brands like Auchan, Parkson and the series of foreign convenience store brands had to shrink their networks, withdraw from or struggling in the market.

Some retailing experts considered Parkson’s loss was due to the less diversified tenant structure which focused too much on fashion and cosmetics while neglecting dining and entertainment while Auchan and Shop & Go failed to align with market trends.

She cited AEON offering a prime spot for families to shop and relax as one of the successful models.

According to JLL's observations, besides the focus on food and beverage, plus entertainment to attract customers, retailers should develop more green spaces, increase the application of technology and big data, set up shopping omni-channel to keep the hearts of customers.

Trang added: "Creative efforts to enhance the shopping experience will translate into success of the retailers."/.VNA

Vietnam’s retail pie sweet but hard to get: JLL

As one of the most dynamic economies in the region, Vietnam’s young retail market has great potential as it is increasingly more competitive and attractive to foreign investors. 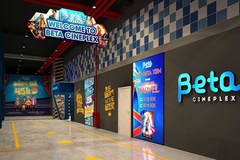 A number of startups have had to shut down because of Covid-19, but many others are growing well after successfully calling for capital.