As of August 23, 45,299 rooftop solar power projects had become operational with total capacity of 1,029 MWp, according to the Electricidty of Vietnam (EVN).

The owner of a 20 hectare banana farm in Gia Lai, B.M.H. wants to install a solar power system on the roof of the compost house. However, he cannot implement his plan because of complicated regulations. 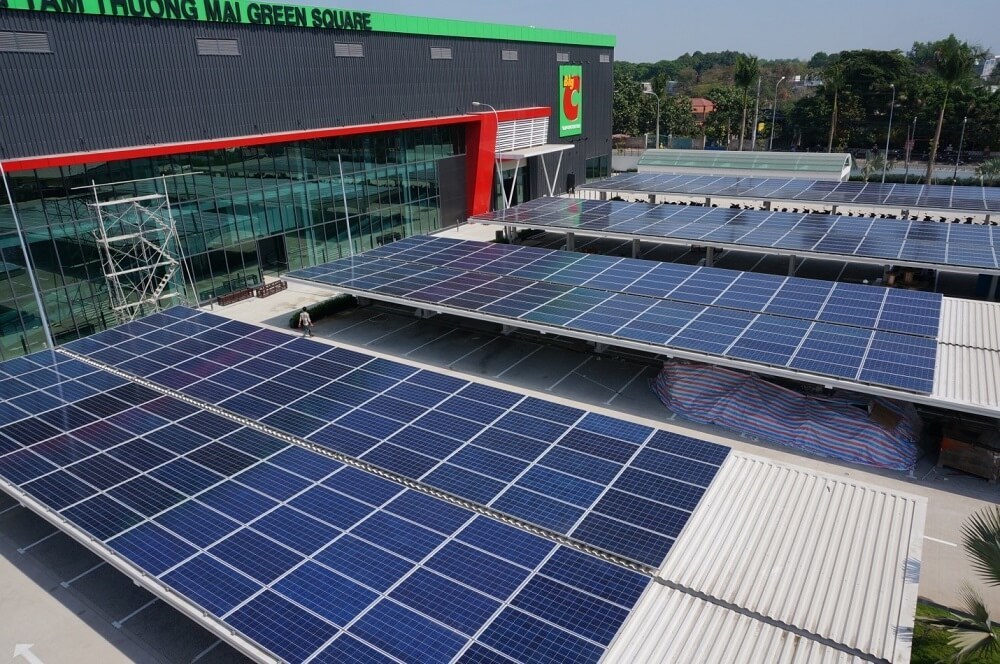 He was told that he can install solar panels on the roofs at the farm and connect to the national grid, but he will have to explain some issues to the local power companies. Meanwhile, the land, which is listed as ‘land for perennial crops’, must be switched to ‘other types of agricultural land’.

However, H could not register the changes in the land-use purposes because the local authorities ‘had no more plans for land use’.

Khang installed a 6KW rooftop solar power system in July 2019, which cost VND93 million. Khang sold the electricity created by the system to Tien Giang Power Company, while he bought electricity from the company for household use.

Khang concluded that the electricity price at which households sell to EVN is not attractive enough to encourage people to develop rooftop solar power.

Meanwhile, Tran Viet Nguyen from EVN said that many people still hesitate to install rooftop solar power because they lack information about the quality of products, installation companies and equipment maintenance.

Nguyen proposed that the government and ministries design the mechanisms and support packages that help minimize the installation and operation costs.

He stressed that after the fixed electricity selling price mechanism stipulated in the Prime Minister’s Decision No 13 (FIT 2 price) expires, Vietnam will need a new pricing mechanism in 2021.

“We know that some products cannot meet standards available in the market,” he said.

“There is a manufacturer making B- or C-class products and exporting the products to China. Who can say for sure that the products won’t come back to Vietnam?” he said.

The Minister of Industry of Trade Tran Tuan Anh has decided to withdraw the suggested plan to allow consumers to choose to pay electricity bills with either a multi-level or single-level price mechanism.

The Ministry of Industry and Trade (MoIT) has decided to cancel plans for a single price model to calculate power tariffs after receiving feedback from relevant ministries and experts.