Low water levels have hit revenue and profit at hydroelectric plants in the first quarter. 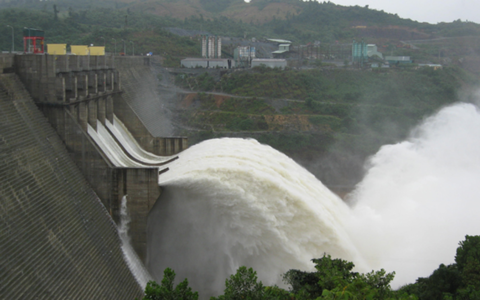 Low water levels have hit revenue and profit at hydroelectric plants in the first quarter.

From north to south, the country has been suffering from varying degrees of drought, and experts have recorded lower rainfall and water levels in rivers and streams across this year.

Chau Tran Vinh, deputy head of the Department of Water Resources Management under the Ministry of Natural Resources and Environment, told Vietnam News Agency that many reservoirs had fallen to 40-75 per cent of their capacity.

Decreasing output cut the firm’s net revenue by 19 per cent, while gross profit was down 30 per cent at VND48.3 billion.

As another large-scale hydropower company in the north, Thac Ba Hydroelectricity Joint Stock Company also reported a sharp decrease in revenue and profit in the first quarter of 2020. In the first quarter of 2020, the revenue decreased by 38 per cent from Q1 2019 to stay at VND86.5 billion while the profit after tax also decreased by 55 per cent to stay at VND20.1 billion.

Declining revenues and profits were also reported at the Hua Na, A Vuong, Mien Nam and Su Pan hydropower firms in the first quarter.

Nguyen Quoc Chinh, the deputy head of the technology and manufacturing department at Vietnam Electricity (EVN), said it planned to produce over 260 billion kWh in 2020, of which hydroelectric plants would contribute about 72 billion kWh.

However, data from EVN showed by the end Q1, hydroelectric plants had only produced 8.93 billion kWh, about 20 per cent lower than in previous years. The power generated in the first quarter of 2020 was the lowest in the past five years, said Chinh.

In March, most hydroelectric plants only generated 70-90 per cent of their targets, which had already been adjusted to cope with the situation.

Lai Chau Hydropower Plant in the north of Viet Nam only reached 11 per cent of its target due to a lack of water flowing from Lai Chau Lake.

Cambodia: no new hydropower dams along Mekong River in next 10 years