Local and foreign insiders are optimistic about the outlook for M&As in Vietnam over the next couple of years. 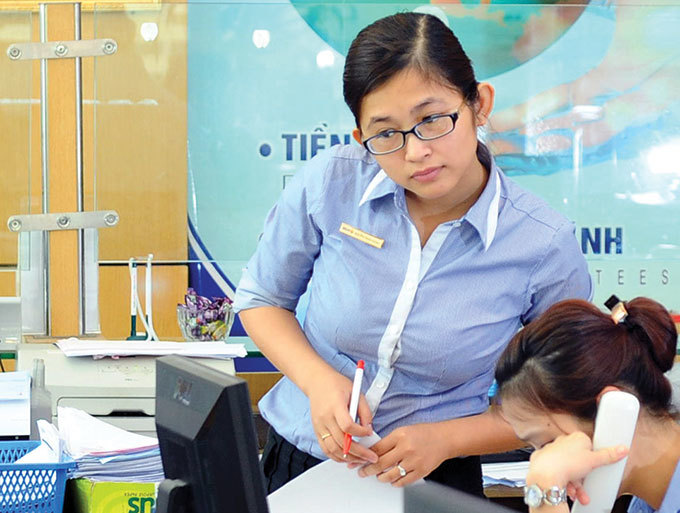 The merger and acquisition (M&A) market in Vietnam has heated up just recently, with South Korea’s KEB Hana Bank, a subsidiary of the Hana Financial Group, closing an $882 million deal in July to acquire 15 per cent of the Joint Stock Commercial Bank for Investment and Development of Vietnam (BIDV), boosting its footprint in Vietnam’s rapidly-growing market.

“After BIDV completed the highest value M&A deal in the history of Vietnam’s banking sector, the State Bank of Vietnam (SBV) gave in-principle agreement for HD Bank to acquire 100 per cent of PG Bank and the deal is expected to be finalized by the end of the year,” Mr. Le Xuan Dong, Director of Market Research Services at the FiinGroup JSC, told VET. “We believe the closure of megadeals in banking will significantly contribute to overall M&A achievements in 2019.”

Megadeals appeared only sporadically and the most notable was SK Investment acquiring 6 per cent of Vingroup for $1 billion.

The slow progress of State-owned enterprises (SOEs) conducting initial public offerings (IPOs) and divestments were other reasons for the decline in deal value since the midway point of last year.

A series of major names such as PetroVietnam and Agribank have officially requested their IPOs and divestments be delayed.

The fall in average deal value, Mr. Dong noted, was also due to the fact that 34 deals last year and 15 this year were completed with no disclosure of transaction value. Regardless, such a cooling-down does not indicate any type of “crash”.

Looking back on 2018, the 267 completed deals was on par with 2017’s 268. M&A activities were active in the first half of last year, with a flurry of large-scale transactions by prominent names such as the Singapore-based GIC Private Limited acquiring a minority stake in Vinhomes JSC for $1.3 billion and Vingroup outlaying $500 million to acquire 98 per cent of the Berjaya VIUT LLC.

In the July 2018-July 2019 period, multi-sectoral (19.67 per cent), real estate - construction (19.98 per cent), and consumer goods production companies (10.53 per cent) continued to be the two leading sectors in investment and M&A activities in Vietnam, according to Mr. Dang Xuan Minh, General Director of AVM Vietnam.

Sectors receiving the greatest attention were those that play an important role in accessing Vietnam’s market of 96 million people.

The acquisition of companies producing consumer goods (beverages, food, and essential consumer goods) involve not only picking up the brand but also its distribution networks.

Mr. Dong said that M&A activities in Vietnam will be focused on domestic consumer demand-oriented sectors. Key targets have ever-increasing demand fostered by Vietnam’s demographic factors: a young population with an average age of 31, nearly 70 per cent of the population being of working-age (15-64 years), rapid expansion in the middle-class, and an urbanization rate expected to reach approximately 40 per cent in 2019 and 2020 and 50 per cent by 2035.

Through its most recent investment in Vietnamese seafood exporter the Minh Phu JSC, Japan’s Mitsui & Co is increasingly focusing on the areas of health, environment, and consumer demand.

“We see strong and robust growth opportunities in these areas, and as a highly diversified conglomerate we believe we are in a strong position to fulfill these needs by taking a multifaceted approach,” Mr. Hiromitsu Narukama, General Director of Mitsui & Co. Vietnam, told VET.

“We continue to look favorably at investment opportunities in Vietnam on account of the country’s strong economic growth and openness to foreign investment.”

He also believes there is great potential for natural gas to meet Vietnam’s growing electricity demand. Natural gas is a cleaner source of energy for baseload power and is complementary to renewable energy. Demand for electricity is expected to grow annually at a rate above GDP through 2030.

But while Vietnam continues to look towards renewable energy, fossil fuels will still account for the largest share of its energy mix, he added. In November 2017, the company signed a cooperation agreement with PetroVietnam for the “Block B gas value chain project” that spans the development of offshore gas in southern Vietnam and the gas-to-power industry, and it continues to progress the project in cooperation with partners.

It is also focusing on renewable energy and is on the lookout for business opportunities with excellent partners.

Japan remains the most active investor in terms of volume, together with Singapore, Thailand and South Korea. The largest deal, valued at $106.5 million, saw Taisho purchase an additional 20.6 million shares of Hau Giang Pharmaceutical in April to bring its stake to 51 per cent.

Mr. Eric Eunyong Yang, Partner of Corporate and Southeast Asia at Bae, Kim & Lee, said South Korean companies invested mostly in the manufacturing industry in the early phase of investments in Vietnam. However, they are currently expanding to other industries as Vietnam’s economy develops, including retail, medical care, education, services, and smart city development.

“South Korean investors are searching for high-quality investment opportunities and many of them are willing to make a large-scale investment but also have high standards when working with investees,” he said.

“In addition to the potential of investees for market expansion, having high transparency in management is an important factor that many South Korean investors look at.” Bae, Kim & Lee previously advised KEB Hana Bank on its BIDV stake purchase.

He told VET that tax incentives from the Vietnamese Government appear to be one of the most important factors for South Korean investors, together with deregulation and the high proportion of the population being of working age. South Korean investors are particularly interested in equitization projects in Vietnam, he added.

Moving forward, Mr. Minh believes that Asian investors will continue to dominate, especially those from South Korea, Japan, Thailand, and Singapore. The market is also witnessing greater investment from Hong Kong and China in a number of sectors.

In the immediate future, it is also reasonable to expect larger-scale deals, especially from divestments by large equitized SOEs and the participation of foreign investors. “We hope that some mega-deals will contribute to M&A activities in Vietnam this year,” he said.

“We are optimistic about the outlook for M&A in Vietnam over the next couple of years,” Mr. Dong said. “Main drivers include the speeding up of SOEs’ IPOs and divestments, the finalization of pending deals, the continuing strong inflows thanks to easing regulations on foreign ownership and signed FTAs, and the ever-increasing domestic consumer demand.” VN Economic Times

The merger and acquisition (M&A) scene in Vietnam has become increasingly active with more domestic firms setting up ties with global partners so their brands can reach global customers and develop domestically.