The dispute between Big C Vietnam and 200 textile and garment suppliers has been settled, but the public is still upset about the behavior of the retailer from Thailand.

Some days ago, Big C Vietnam unexpectedly stated it would stop collecting textiles and garments from hundreds of Vietnamese suppliers. 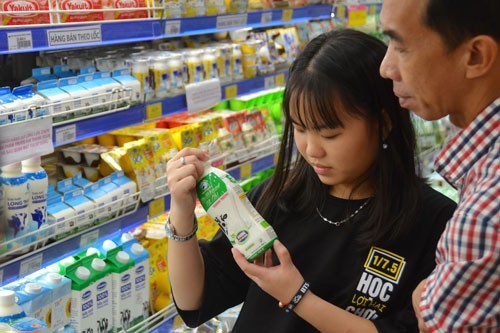 This stirred up anger from the public and old stories related to the retailer were recalled to show that the retailer has, more than once, tried to cause difficulties for domestic producers.

The retailer, for example, once raised the required discount rate on seafood products to 17-25 percent, which were too high for suppliers.

Truong Dinh Hoe, secretary general of the Vietnam Association of Seafood Exporters and Producers (VASEP), said the problem of the discount rate was settled and no enterprise has complained about high discount rates since then.

However, he knows that, in general, manufacturers have had to pay higher discount rates year after year.

A textile and garment company confirmed that retailers are requiring increasingly high discount rates year after year. It also has to pay many other different kinds of fees, charges and expense items. In general, foreign owned supermarkets set higher discount rates than Vietnamese owned ones.

Many suppliers have to stop cooperating with supermarkets because the required discount rates are far too high for them, according to Ngo Duc Hoa from Thang Loi Garment.

Some enterprises, which do outsourcing for supermarkets, complained that they not only have to compete with other producers in the same industry, but also with supermarkets’ private brands.

The availability of products bearing supermarkets’ private brands has increased, which means the display area and sales of the real manufacturers will decrease.

After a fact-finding trip to some supermarkets in HCMC, the deputy CEO of a large seafood company headquartered in Long An province immediately convened a meeting to discuss solutions to retain domestic market share.

According to the CEO, the canned food products his company makes for supermarkets are displayed in advantageous positions, while products bearing the company’s brands had very modest display areas at supermarkets.

“Doing outsourcing for supermarkets can bring high revenue because of high output, but the profit is very low,” T complained

Hoe from VASEP commented that in a buyer's market, in which supply exceeds demand, buyers, or supermarkets, have advantage over sellers in price negotiations. Therefore, supermarkets tend to require high discount rates.

To settle the problem, manufacturers need to take action to create a seller’s market. This means that if they can make high-quality products that customers want to have, the positions of manufacturers and supermarkets will change and manufacturers will hold an advantage in negotiations.