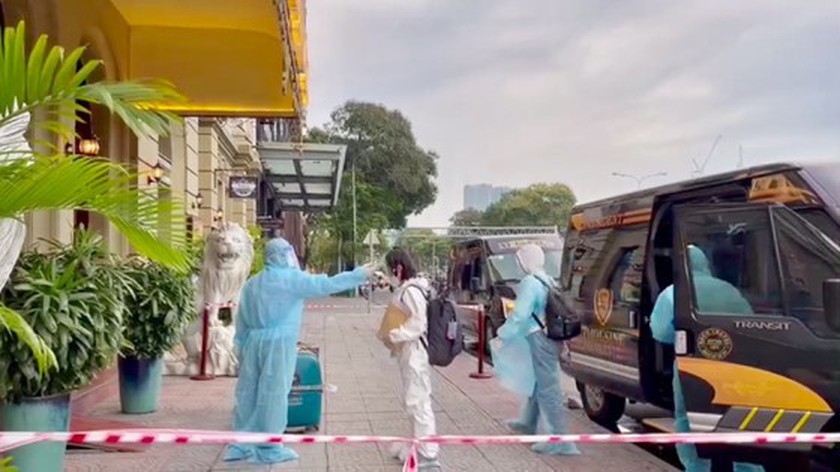 Many hotel owners in Ho Chi Minh City yesterday said that the number of booked hotel rooms has increased from 10 percent to 20 percent during the recent days as many businesses proactively tried to find accommodations for their workers to meet the dual criteria of pandemic prevention and control and production.

Three-star to five-star hotel price is ranging from VND800,000 (US$35) to VND2 million (US$87) per night for one to two people a room. Accordingly, there are preferential prices for businesses who booked a huge number of rooms for their workers at the current time.

Almost all hotel owners nearby the industrial parks in District 7, District 9 and Cu Chi District shared that they have recently received phone calls from production enterprises who have demand of renting rooms for hundreds of employees, and the hotels have received guests already.

The enterprises will daily pick up their employees from hotels to the factories.

Currently, the Ho Chi Minh City Department of Tourism is receiving and verifying the above-reported information to issue detailed guidance on ensuring the Covid-19 prevention and control measures at the hotels following the Prime Minister’s Directive No.16.

Accommodation facilities and hotels are not subject to the group of essential services under the Directive. They are only allowed to operate to serve isolated guests.