Like airlines, passenger trains and cruise ships have been ‘frozen’ because of Covid-19.

In March 2020, only two cruise ships docked at ports in Vietnam, or just 1.6 percent in the same period last year. The number of international arrivals in Q1 decreased by 36 percent to 1,656, according to Vinamarine. 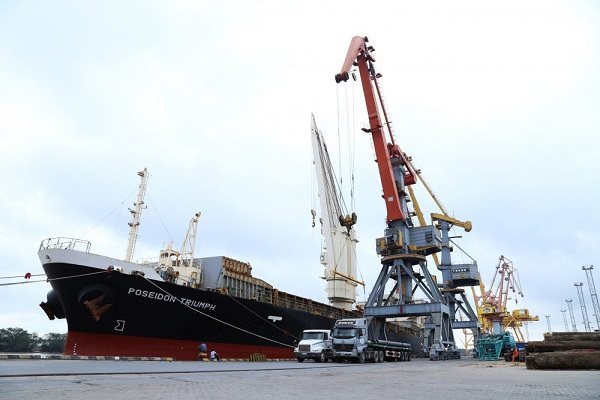 However, the volume of cargo going through ports keeps increasing, though very slowly.

Vinamarine’s report showed that 159 tons of goods went through ports in Q1, a slight increase of 8.4 percent compared with the same period last year. This included 5 million tons of container goods, up by 14 percent.

According to the Ministry of Transport (MOT), as general cargo ships operating on intra-Asia and Southeast Asian routes are facing difficulties, Vietnamese ship owners decided to bring ships to Vietnam to exploit the domestic market and compete directly with domestic ships.

Reports show that maritime transport globally saw an output decrease of 1.7 million TEU in the first three months of the year. The average sea freight rate has decreased by 80 percent since the Covid-19 outbreak. The epidemic has spread to many countries, affecting maritime activities of the Vietnamese fleet.

Vosco, a subsidiary of Vinalines, a strong player in the domestic shipping industry, which had a prosperous 2019, is once again 'in distress.

The shipping firm made a post-tax profit of VND194 billion in Q4 2019, an increase of 60 percent compared with the same period last year. The high profit helped it offset the losses of the three previous quarters and made a profit of VND51 billion in 2019.

Cutting costs is critical for the maritime transport sector, which is seeing a slowing down in activities due to the COVID-19 pandemic.