Markers for a structured law on public-private partnerships

Vietnam is boosting attraction of investment through public-private partnerships. 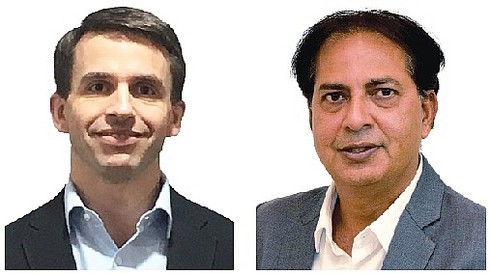 Donald Lambert, principal private sector development specialist, and Sanjay Grover, public-private partnership specialist from the Asian Development Bank, write about the solutions to ensure this type of funding is carried out correctly in Vietnam.

Only 10 per cent of Vietnam’s infrastructure is funded by the private sector, which is much lower than many other middle-income countries in Asia. But rather than being a constraint on Vietnam’s development, it is an opportunity. If Vietnam can create a sound legal and regulatory environment, investors will come, and the key is a well-structured law on private-public partnerships (PPP).

Formulating a PPP law, however, is tricky. If it is too generous, governments can be saddled with millions of US dollars in contingent liabilities. If it is too conservative, investment stalls and governments will typically wait several years before trying to pass a new law. Against this backdrop, there are several key points that Vietnam, or any government, should keep in mind while drafting a PPP law.

The first key point is to guarantee prudently. Now more than ever, guarantees are the most efficient way to crowd the private sector into infrastructure development in Vietnam. With increasing fiscal constraints, a high debt-to-GDP ratio, and limited resources to meet overwhelming demand for infrastructure, guarantees can more efficiently and effectively allow Vietnam to support the public role in public-private partnerships.

To keep guarantees affordable, they must target the specific risks that make a project unbankable. For example, if investors are worried about demand on a greenfield expressway project, targeting that specific risk through a minimum revenue guarantee is usually cheaper and more effective in allaying investor concerns than generic viability gap funding.

The second key point is a broad scope. A PPP maximises value for money by allocating risk to the party that is best able to manage it. The support that Vietnam may need to provide could vary from absorbing demand risk for an expressway of strategic national importance to absorbing construction cost escalation caused by unknown geological conditions on hilly terrain or land acquisition delays in an urban area.

As Vietnam moves forward, it is important that the new PPP law will be comprehensive enough to allow the government the flexibility to structure project risk allocation to maximize value for money. Given that Vietnam is a civil law country, where case law is secondary and subordinate to statutory law, these provisions must be explicit to avoid legal ambiguities.

The third key point is to follow the flow with an eye on the market. A broad and comprehensive PPP law can be further buttressed by deferring details to the sector-specific decrees and circulars. Circulars are revised much more frequently than laws and can be updated to respond to market movements. This ensures that despite the flexibility afforded by the law, governments do not lose fiscal control and guarantees are provided only if necessary to make a project bankable.

The fourth key point is to set targets, not quantities. A PPP brings private sector capital, but equally if not more importantly, it brings private sector expertise which in countries like Vietnam is critical in maximising the benefit from a PPP procurement. In this regard, a PPP project’s structuring and performance should be assessed based on required outputs rather than inputs. Focusing on outputs is also good for competition, allowing the private sector the flexibility to choose how best to meet the project’s needs.

The fifth key point is bringing home foreign exchange risk. Revenues from infrastructure projects are typically in local currency whereas foreign investors typically borrow in US dollars. Even in the most advanced developing countries, foreign currency swaps are unavailable for the economic life of an infrastructure project which can be 20 years or more. One solution is to index project revenues to changes in foreign exchange rates, but even this leaves the investor with the risk that they may not be allowed to use the local currency to buy dollars (conversion risk) or bring those dollars outside of the country (transfer risk).

Although governments have by no means absolute control over their currency’s value, they are better positioned to manage risks than other stakeholders and need to be ready to offer protections for foreign exchange, conversion, and transfer risks. This distribution of risk, again, is in keeping with the thesis of assigning risks to the party best able to manage them.

The sixth factor is to apply legal logic. An infrastructure project built in a given country, generating revenues in that country’s currency, and being enjoyed by that countries’ citizens should resolve any contract disputes in...the courts of Manhattan?

Although counterintuitive, foreign governing laws for PPP contracts can be in a country’s interest. First, there is an apparent (and sometimes real) conflict of interest between a domestic court and the state. Second, PPP contracts can be very specialised, and not all jurisdictions have established all the relevant legal concepts. Third, a handful of jurisdictions have deep legal precedent. Investors can be reasonably confident how their courts will resolve common disputes. Together, foreign jurisdictions can lower a PPP’s risk, which in turn lowers investors’ return premiums and saves the government and its citizens money.

Meanwhile, as for point seven, we should keep in mind that because Britain does something in this area, it does not mean somewhere such as Bhutan should. When countries at Vietnam’s stage of development draft new laws, comparative analysis is useful for identifying best practices, yet these lessons must be taken in context. Take the example of South Korea. In 2009, it stopped offering minimum revenue guarantees because overly optimistic forecasts were creating large government liabilities. Despite this reform, South Korea has in the ensuing years continued to originate successful PPPs. One could therefore conclude that minimum revenue guarantees are expensive and superfluous.

Such a conclusion, however, would be facile, for South Korea had already established a strong track record with investors through hundreds of successful PPPs. Because of this success, investors were willing to consider alternate forms of support. Even between countries at similar levels of economic development, comparisons must be drawn carefully because they can bely significant differences in economic growth trajectories, procurement regimes, currency volatility, checks and balances, and other factors that investors would weigh.

The eighth key point revolves around catalytic development assistance. Many countries across Asia including Vietnam are growing wealthier, and their domestic capital markets have developed. Their relationship with development partners must also evolve.

PPPs are a prime example. Development partners’ involvement in a project can bring, for example, the due diligence of an experienced infrastructure financier, minimum revenue guarantees backed by an international credit rating of AAA, comprehensive environmental and social risk mitigation, and availability payments disbursed from an offshore entity that are therefore not subject to conversion or exchange risk. These enhancements bring comfort to investors, reduce risk premiums, and maximise governments’ value for money. They also constitute an effective use of development assistance catalysing investment that would otherwise not likely come in the same quantity or at the same cost. Although less of an issue under common law, civil law countries should consider explicitly enabling development finance institutions to play this intermediary role. VIR