The scheme, approved by the Prime Minister, enables money transfers and payments for legal products and services in Vietnam only, using Vietnamese dong. Cross-border transactions are not permitted.

The pilot project will be carried out over two years from when the first business in the field receives permission to launch the service.

The credit limit will be 10 million VND (434 USD) per month for all transactions on each account.

Approval of the project aims to bolster cashless payments via mobile devices as well as access to and use of financial services, particularly in rural and remote areas, to capitalise on the country’s telecommunications infrastructure and network.

Project outcomes will act as a foundation for the building of regulations stipulating the operation of Mobile Money services in the country.

According to Minister of Information and Communications Nguyen Manh Hung, this is a major solution to promote cashless payments, creating breakthrough growth in national digital transformation.

Many analysts have said that Vietnam can learn from other countries around the world in the implementation of Mobile Money, thus optimising the advantages and minimising the limitations.

However, they also asserted that it will pose challenges to telecommunications firms, especially in ensuring information safety for users.

Many consumers have found Mobile Money to be convenient and have changed from only using cash, especially young people, who are often stuck to their mobile phones. They also pay great attention to safety and information security, as well as the level of readiness among telecommunications service providers.

Vietnam has around 129.5 million mobile phone subscriptions, around half of which use 3G and 4G, and 43.7 million people, or 45 percent of the population, using smartphones.

Pham Trung Kien, Deputy General Director of Viettel Digital, said that as one of the leading telecommunications firms to research and invest in activities related to Mobile Money, Viettel is ready to pilot the service and has met all requirements set by the Prime Minister. He added that the piloting of the scheme has opened up new and broader payment activities.

Kien said that Viettel will prioritise customers in rural, remote, and mountainous areas, where the finance-banking system has yet to be developed and residents have low access to the banking system.

In order to prepare for the scheme, it has piloted it on 40,000 of its 70,000 subscribers, using high security protection technology.

Figures from the State Bank of Vietnam show that the country has 89 million private payment accounts, which means 70 percent of adults have bank accounts./. VNA 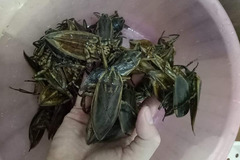 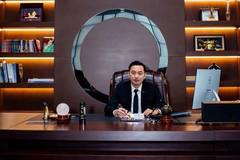