GfK Vietnam, a market analysis firm, released a report about the laptop market in Vietnam in the first nine months of the year, showing a 7 percent increase in output and 15 percent in revenue growth rate in comparison with the same period last year. 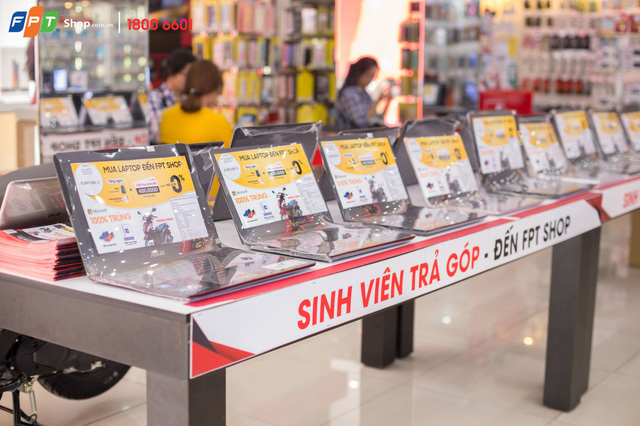 Some analysts predicted that the laptop market would be quiet with no considerable fluctuations, but in fact it still witnessed double-digit growth rate. Notably, the market has bounced back since the beginning of 2019, with a sharp rise in the third quarter.

Gartner also reported considerable growth of the laptop market, saying that August, September and October are the ‘golden time’ when the growth rate may reach 20 percent.

The best-selling laptop brands in the market include Apple, Asus, HP, Dell, Masstel and Acer.

The retailers in recent years have begun diversifying products on sale as they cannot expect satisfactory revenue from the core business field. The Gioi Di Dong (MWG), for example, now sells kitchenware and watches, while FPT Retail sells glasses.

Tri Thuc Tre cited a report as showing that the mobile phone sale distribution sector decreased by 6.2 percent in the first half of 2019, and electronics by 9.8 percent. IT products saw a growth rate of 13.1 percent.

FPT Retail remains the biggest laptop retailer in Vietnam, according to GfK, with sales accounting for 26 percent of the whole market.

Third quarter, the back-to-school season, when the demand surges, is the high laptop sale season. FPT Retail has opened laptop centers located inside its shops in an effort to boost sales.

Apple, with Macbook Air 13"-15" and Macbook Pro 13" Touch Bar-i5, continues to be the brand which brings the highest revenue percentage to the retailer.

MWG is also taking drastic measures to boost the sale of laptops, cherishing the ambitious plan to hold 50 percent of the market share by 2020 instead of 20 percent currently.

Since September 2019, MWG has opened 26 laptop centers to serve the diverse needs of customers from studying, office work, graphics and entertainment/gaming.

Laptop centers are present in almost every big province in the country. These are showrooms displaying more than 200 kinds of products, and distribution warehouses serving online sales.