The Ministry of Construction (MOC) has proposed offering preferences to real estate firms that develop low-cost housing with the selling price of no more than VND20 million per square meter.

The ministry is drafting a resolution on encouraging the development of commercial low-cost housing projects. The draft is scheduled to be submitted to the government for approval in Q3. 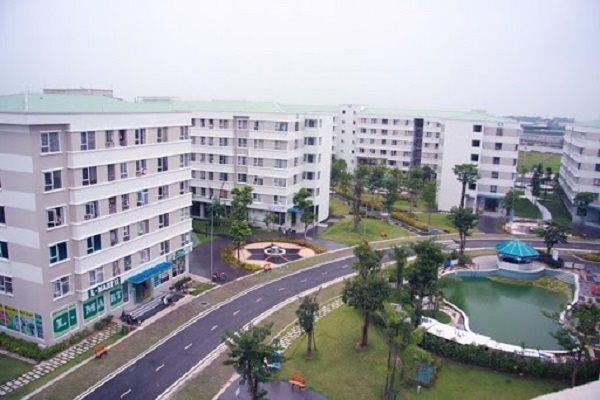 The apartments mentioned by MOC are closed apartments with usable area of 70 square meters and selling prices of no more than VND20 million per square meter. This means that the value of one apartment would not be higher than VND1.5 billion, including VAT.

To encourage investors to develop low-cost apartments, MOC has designed a series of incentives.

Both project developers and buyers may be allowed to borrow money at preferential interest rates of 7-8 percent per annum.

The proposal has stirred controversy. Some experts said it is necessary to encourage real estate developers to invest in low-cost housing products because the demand for accommodations is very high from low income earners. Others doubt the feasibility of the plan.

A real estate developer in Hanoi said with the ceiling price of VND20 million per square meter, many businesses would find it feasible to make investments if they can get support in finance and policies.

Savills Vietnam commented that MOC’s proposal is part of an effort to seek effective solutions to encourage the development of commercial low-cost housing products. The move reflects positive reform in the state’s policies to help the real estate sector recover after the pandemic ends.

He believes that the land fund for low-cost housing products in inner Hanoi and HCM City is a problem for real estate firms. Legal problems also exist, which has discouraged investors.

The third problem, according to Khuong, lies in the profits expected by investors. Though demand is high, the profit margin is low. That is why there are few low-cost commercial products.

HOREA believes that the government should lower by 50 percent the rent for the land area to be used by low-cost projects, and allow businesses to delay the land-use fee payment for no more than 24 months after the land is allocated.

The association also proposed cutting VAT and corporate income taxes for the projects by 50 percent.

Foreigners allowed to own homes in 22 Hanoi commercial housing projects

The Hanoi Department of Construction has listed 22 commercial housing projects, some complete and some under construction, where foreigners can own homes.