Some unprofitable projects under the management of the Ministry of Industry and Trade (MOIT), called ‘trillion-dong zombies’, have begun making money.

The Dinh Vu Polyester Plant (PVTex) has taken losses continuously since it became operational in May 2014. On September 17, 2015, the plant stopped operation. 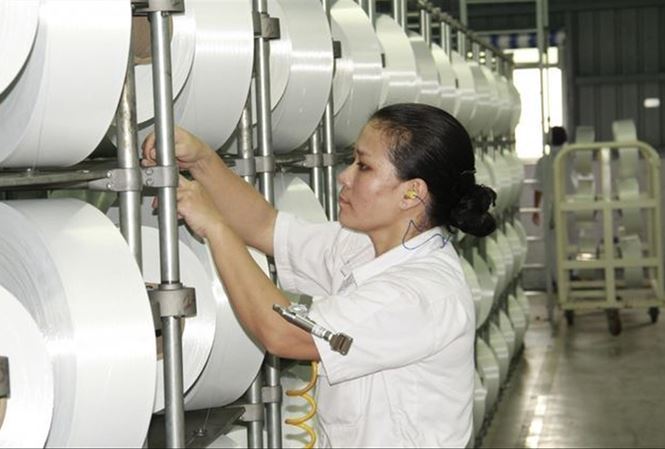 Three months later, on April 27, 2018, PVTex and APH group signed an MOU on cooperation. In November in the same year, PVTex signed a contract on outsourcing DTY fiber with APH/AST.

The latest report of PVTex showed that in Q1 2019, the plant kept stable operation of 10 DTY production lines to implement the order from An Son Company. About 2,000 tons of DTY fiber will be provided to the domestic market and partners from South Korea and Japan.

On May 8, 2019, PVTex put two other production lines into operation, increasing the capacity by 20 percent to 900 tons a month.

Prior to that, in April 2015, the plant had to stop operation after two years of running at 54 percent of capacity only.

Though plants have resumed operations, an expert said, big difficulties are still ahead.

PVTex resumed the operation of some workshops, mostly DTY fiber production lines, not the entire complex. Meanwhile, Quang Ngai biofuel plant’s operation will heavily depend on the market fluctuation.

MOIT’s report to the National Assembly in mid-May showed that of six projects which incurred big losses in the past, two have begun making profit. They are DAP No 1 fertilizer plant in Hai Phong which made a profit of VND195.55 billion (up by VND180.767 billion compared with 2017) and the Vietnam-China Steel Plant with VND566.8 billion (up by VND290.6 billion).

Experts believe that unprofitable projects invested by enterprises under the Ministry of Industry and Trade’s (MOIT) management should be sold even at a loss.