The Ministry of Transport has allowed two app-based taxi services GoGar and FastGo to be piloted in HCM City following municipal authorities’ proposal. 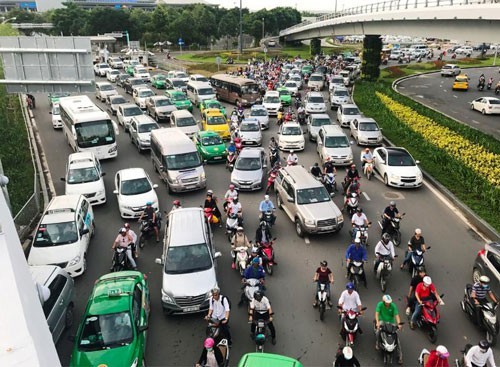 With the trial of GoCar operated by GoViet Technology Trading Co. Ltd. And FastGo of FastGo Vietnam Joint Stock Company, there are eight app-based taxi firms permitted to be piloted in HCM City.

Experts blamed the booming car numbers on the development of app-based taxi services in the city. This has further pressured the city’s transport infrastructure, causing traffic jams.

However, he suggested it was necessary to restrict the number of cars in case if infrastructure wasn’t capable of supporting increased traffic.

Tuan added that FastGo’s operation in HCM City would not lead to the higher number of cars as in fact many among FastGo drivers had been traditional taxi employees.