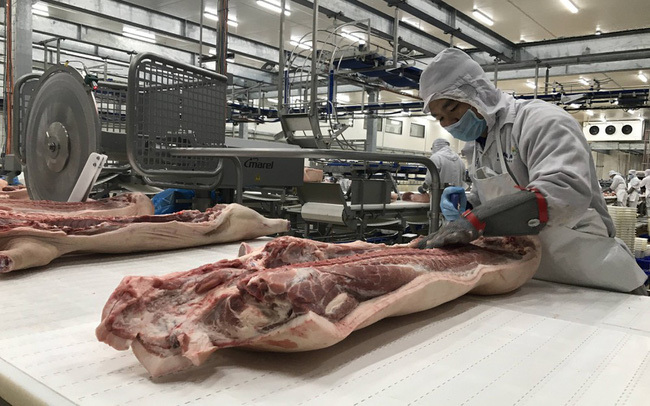 Of these, 73 percent of cooperatives operated effectively (the figure was 55 percent in 2018).

The country has 36,000 farms operating in accordance with new criteria, an increase of 500 farms compared with 2018. The farms use more and more land and workers, and put out large amounts of farm produce, organize production in chains, and join forces to form large-scale production chains.

Some large corporations in other business fields have also made investments in agriculture thanks to policies on encouraging investment in processing industry and farm produce preservation.

In 2019, 17 projects capitalized at VND20 trillion in total were put into operation. As such, since 2018, there have been 30 operational projects with total investment capital of VND33 trillion, which improved the quality and diversity of farm produce available in the market.

Masan Group was one of the names most mentioned in 2019 as it admitted VinEco, a high-technology agriculture company belonging to Vingroup.

Masan is pioneering the use of modern technology, building 3F ‘from farm to dining table’ chain in Vietnam. It is also the owner of MEAT Deli, the only chilled meat brand in Vietnam.

The year also witnessed the establishment of many production chains utilizing technology in agriculture projects. These include the three-level high-quality catfish chain in Mekong Delta; the chain of planting, processing and exporting of products; and the chain of producing rice with the participation of thousands of rice farmers in Mekong Delta.

As many as 1,484 production-processing-consumption farm produce chains were set up, which put out 2,374 different products and have 3,267 sale points.

Dong Giao (Doveco) has put into operation a vegetable and fruit processing center, the most modern in Vietnam, which has investment capital of VND300 billion.

Three hi-tech agriculture centers have been established under the PM’s decision, in Hau Giang, Phu Yen and Bac Lieu.

Large livestock enterprises should keep pork prices in check despite limited supplies on the domestic market due to African swine fever, Minister of Agriculture and Rural Development Nguyen Xuen Cuong has said.

The agricultural sector has surpassed many goals in 2019, it was reported at an online conference held by the Ministry of Agriculture and Rural Development in Hanoi on December 23.