Multitude of options on table for further tax interventions

With the current outbreak still not entirely controlled, the government stands at a complicated crossroads as it needs to choose between further state budget security and continued support for the business community.

If taxes and land rents continue to be extended as a form of direct support for businesses, the state’s budget revenue may come under more pressure. But an intervention to help businesses could support the economy in recovering more strongly after the pandemic, especially since the government is working intensely on pandemic prevention and promoting expanded vaccination.

Tax payment extensions, as well as beneficial land rent policies, are a matter of concern, but not a new policy. Vietnam has had three extensions for tax and land rent since the pandemic broke out in early 2020. However, the most recent outbreak in Vietnam has engulfed the ongoing efforts to revive the country’s production.

The government has issued Decree No.52/2021/ND-CP dated April 19, extending the deadline for payments of VAT, corporate income tax, personal income tax, and land rents in 2021. The extension period of five months for VAT lasts until June.

Nguyen Tu Anh, director of the General Economic Department of the Central Economic Commission, said extending tax payment dues and land rents is a good policy. Instead of collecting taxes immediately, the state has granted businesses a credit with zero per cent interest to maintain production, without complicating tax policies, and even reducing policy profiteering.

In addition, data from the General Department of Taxation under the Ministry of Finance also shows that the tax authority has extended payment dues for nearly 185,000 taxpayers last year, with a total amount of about VND87.3 trillion ($3.8 billion). This shows that the government is trying to counter price increases of goods like steel, construction materials, and other items that play an important role in infrastructure development.

With the government’s tax and land rent payment extensions, analysts are concerned about the negative side of the policy.

“This form of support is not very effective for those businesses in real difficulties, especially when they lack working capital and cash flow,” explained Anh. “Profits and negative side effects could come from those businesses that need direct support from the state’s policy.”

Negative effects could occur from both sides, the implementing organisation and enterprises, as they may have insufficient resources to evaluate, examine, and monitor all related processes, he added. If such support is carried out ineffectively, businesses that need it will not receive it, and those that do not need could receive support.

To date, vexations and negativity continue to exist in tax collection, although it has decreased year by year. About 30 per cent of businesses say they still must pay special fees for tax officials, according to a report by the Vietnam Chamber of Commerce and Industry from December 2019.

However, Anh does not think that such support policies are effective in a short time. Therefore, it may be necessary to focus on dedicated government support packages. According to him, as there is now another outbreak troubling the nation, “businesses will benefit more if the government extends the implementation of the tax and land rent policy until the end of the year.”

In principle, he argued, the state should support businesses to endure the pandemic. The damage will be much greater if businesses continue to go bankrupt.

“However, the extension of tax and land rent will also slow down state budget revenue, while the implementation of this policy is also very complicated and expensive,” Anh said.

The target audience for such policies is large. Luu Duc Huy, director of the Policy Department under the General Department of Taxation, however, said that there should be no general survey to determine businesses eligible for the extended benefits. Micro- and small enterprises have accounted for 93 per cent of the total number of operating businesses. In addition, businesses in other industries and business households are also subject to these benefits.

According to Huy, the tax authority is managing eligible business according to risk management mechanisms and conducts inspections whenever taxpayers show signs of risk.

“This helps self-identify the taxpayers. Those who are not subject to these extensions but still benefit from it will be handled following the Law on Tax,” Huy said.

The government is standing in the middle of a fork in the road. On the one hand, it wants to help people and businesses to withstand the pandemic. On the other, its ability remains weak as there are many bankrupt businesses or those threatening to go bankrupt without paying taxes. Proposals to extend the extension and further reduce taxes also require considering the resilience of the state budget as this is also used for combatting the pandemic and handling the otherwise shrinking revenue sources.

Economist Nguyen Tri Hieu said that there must be a harmonisation of interests. “The extension of tax and land rent for businesses is necessary, but balancing the budget is also important,” he said.

The state budget has been affected by the pandemic since last year, and the government’s revenue is limited. In 2020, the budget revenue stood at only 96.35 per cent of the estimate, according to the State Treasury.

According to Hieu, businesses are under a lot of stress because the pandemic has slowed down consumption and production, while input material prices have increased in turn. Compared with the first five months of 2020, prices for iron, steel, and cement have increased by 35-40 per cent, and those for corn, beans, and rice bran increased up to 70 per cent. Meanwhile, the current gasoline prices also exceeded VND19,000 (83 US cents) per litre, an increase of nearly 14 per cent compared to the end of 2020 and more than 60 per cent compared to the same period last year.

Also in the first five months of 2021, the market recorded 59,800 enterprises suspending their operations for a definite time, an increase of 23 per cent over the same period. Thus, on average, nearly 12,000 businesses withdrew from the market every month, equivalent to 400 businesses every day.

According to Hieu, the government needs to “soon take measures to harmonise interests between itself and the business community.” The government, within its budget, “should defer taxes and land rents for another year and, along with that, review the conditions for tax extensions and land rents so that businesses in need can access it. For example, the conditions on procedures and declarations of enterprises related to land need to be more open.”

In principle, businesses should be responsible for paying taxes within their means, but according to Hieu, the government needs to reconsider the subjects for tax exemption, reduction, and deferral.

Some companies take advantage of these tax policies to make a profit. Though they can pay taxes, the policy allows them to benefit. “If we don’t control the pandemic well, this year the number of businesses going bankrupt could rise to hundreds of thousands, causing a significant deficit in the government’s revenue,” said Hieu.

Tax revenue data from the General Statistics Office shows an increase of nearly 12 per cent in the last five months. The current outbreak is gradually being controlled while the expansion of vaccination has been accelerated. Tu Anh reckoned that there is a high possibility that production and business activities can soon stabilise again. The government’s timely support could also help businesses in this endeavour.

The Ministry of Finance has announced it may further extend tax payment deferrals to support companies suffering from the COVID-19 pandemic this year. 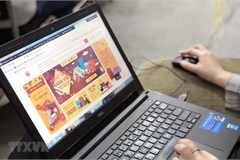 The Fourth Industrial Revolution is taking place around the world with a boom in digital technology, creating great opportunities for but also challenges to the development of each country, enterprise, and person.