A woman who introduced herself as an investor of Huy Viet Nam, the company that owns Mon Hue restaurant chain, wants to buy Mon Hue to revive the unprofitable chain.

Mon Hue, Pho Ong Hung and TP Tea chains, which all belong to Huy Vietnam, one after another, announced closure recently. 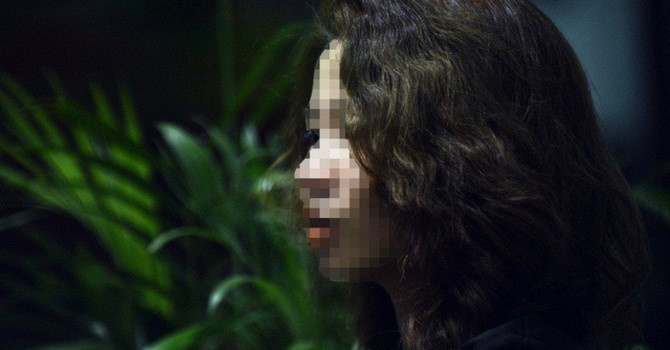 K. H, the investor who said she wants to buy Mon Hue

The owner of the company, Huy Nhat, disappeared, but the anonymous investor has turned up and stated she will buy back Mon Hue.

She told the press that investors thought the chains were performing well because of reports from the company.

The woman said if any suppliers contact her, she would meet them to directly apologize, but she would have to wait for a decision from appropriate agencies to deal with the problem.

She has been trying to contact Huy Nhat to discuss how to settle the debts and ask about the transfer of Mon Hue brand.

Explaining the wish to buy back Mon Hue, she said: "Mon Hue (Hue’s dishes) was built by the enthusiasm of so many people, and because Mon Hue is a tool to popularize Vietnamese cuisine,” K.H said.

“I will help it to stand up,” she said. “If I have Mon Hue, what I sell will be the quality of products bearing the name ‘Mon Hue’, not just the brand.”

Meanwhile, the representative of foreign investors in Mon Hue affirmed that she has no relation with the investors.

“We don’t know who she is and the woman, of course, has no relation with the group of investors and the proceedings which are underway,” the representative said.

“We want her to clarify and contact the group of investors,” he said.

The group of investors in Huy Vietnam have taken legal proceedings against Huy Nhat, the founder and president of Huy Vietnam, to the HCM City People’s Court. The members of the groups include ADV Partners, AIF Capital, F&H Fenghe, Fortress Investments, Gryphus Capital and Welkin Capital.

Since 2013, the group of investors have invested $70 million in Huy Vietnam.

The finance report showed that as of the end of 2018, Mon Hue had total assets of VND757 billion, while the payable accounts had reached VND841 billion.

Mon Hue, a chain of restaurants with a large network of outlets across the country, suddenly closed its doors recently.