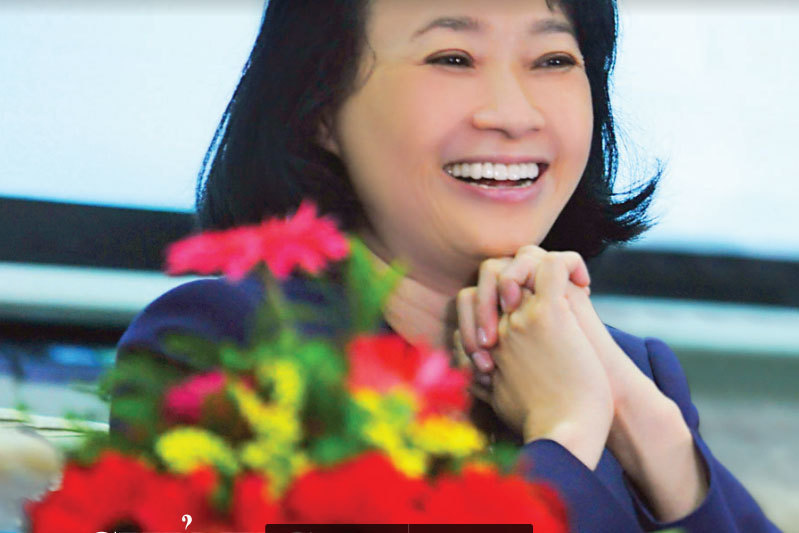 Prior to that, on October 6, a record was made with 32 million ITA units transferred, while the share price hit the ceiling of VND4,940 per share. Tycoons spent VND150 billion just within one trading session to acquire ITA.

On October 7, the ITA share price hit the ceiling for the second consecutive session to VND5,280 per share. ITA’s liquidity is now 5-6 times higher than the average level in previous sessions.

Meanwhile, there has been no positive news about Tan Tao Group has been released so far. However, analysts still believe this is good news for the enterprise of Dang Thi Hoang Yen, the well-known businesswoman, who was a National Assembly Deputy and has been absent in the last eight years at ITA’s general meetings of shareholders.

ITA has benefited from the strong rise of industrial real estate shares which have become attractive to investors thanks to expected new FDI in Vietnam.

However, analysts say that the positive impact can only be seen in some real estate shares.

Meanwhile, Yen’s ITA has been behind with the H1 post-tax profit decreasing by 42 percent compared with the same period last year.

Prior to that, in April-May, ITA share prices increased by 2.5 times, from VND1,900 per share to VND5,000 per share thanks to the re-appearance of Yen at the 2020 online shareholders’ meeting after eight years of absence.

The expectations put by investors on ITA are still high as the once famous businesswoman has come back to lead the enterprise.

Investors have also been encouraged by Yen’s impressive statements after a long time of absence, with better business plans, plans with higher investment capital, and the possibility of a new FDI wave heading for Vietnam after foreign investors try to leave China.

In 2020, ITA is focusing on its core business field – promoting industrial real estate projects, especially in the large markets of the US, South Korea, Japan and Taiwan.

Its business plan is clear, with focus on three major goals 1/ developing and completing urban area and IZ projects in Vietnam 2/ expanding Tan Duc 2 IZ to 230 hectares and 3/ expanding investment in the US.

Billions of banking stocks to flood market under dividend plans

Billions of banking stocks are about to flood the market with banks planning to pay stock dividends and issue new shares to raise their charter capital.