Over the last five years, the number of such transactions has increased five-fold from 56 million transactions in 2015 to 271 million by 2019 at a compound annual growth rate (CAGR) of 48.3%. 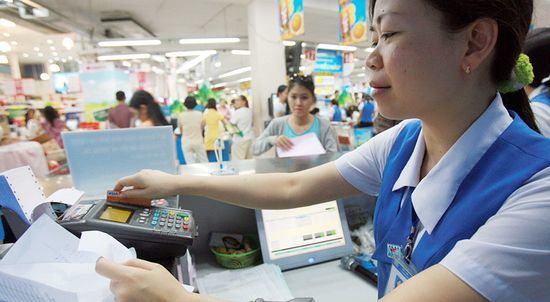 The number of card payment transactions in Vietnam is projected to expand at a compound annual growth rate (CAGR) of 17.8%, to reach 522.5 million by 2030, according to data analytic firm GlobalData.

Kartik Challa, an analysist at GlobalData, said Vietnam remains a cash payment society, however, government initiatives in promoting cashless payment, as well as the introduction of digital banks, rapid improvements in payment infrastructures and the application of new technologies in card payment led to a strong growth in number of transactions paid by cards.

With the target of having at least 70% of the population having bank accounts by late 2020, the Vietnamese government has approved a number of investment projects to boost non-cash payment activities, including upgrading IT infrastructures in the banking sector, issuing licenses for 30 non-bank financial institutions providing payment services in rural areas.

The system of digital-only banks or digital banking has started penetrating Vietnam’s market, targeting traditional bank customers with a certain understanding of technologies.

This included the launch of Timo, the first digital bank in Vietnam in 2016.

Challa added government agencies have been actively implementing solutions towards a less-cash economy.

The introduction of new technologies, such as EMV card, a credit or debit card with an embedded microchip and associated technology designed to enable secure payment at compatible point of sale (POS) terminals, or contactless payment, along with strong growth of e-commerce, is expected to support the development of e-payment in Vietnam in the near future. Hanoitimes

Online shoppers still prefer using cash on delivery (COD) instead of ewallets, credit cards or ATM cards to pay for their purchases.

Hanoi and Ho Chi Minh City are among the top 20 most visited destinations in the Asia-Pacific region, according to Mastercard’s Asia Pacific Destinations Index (APDI).