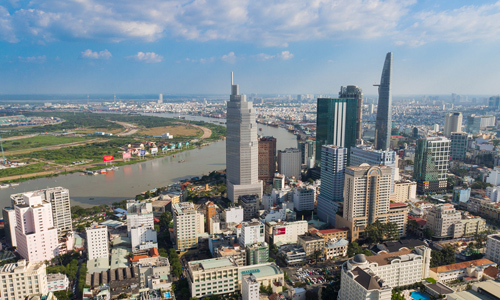 In its Q4 2019 finance report, the real estate firm mentioned the new type of business – renting B-class offices, affirming that it will accelerate the business in 2020.

Known as a land investor and distributor, Dai Thang, which presents in both HCM City and Da Nang markets, is leasing 3-star office building.

Many co-working areas for startups have been launched, including ones at apartment blocks in district 2 and Dong Sai Gon areas, rather than the older central area of HCM City

Vina Office’s president Nguyen Hong Hai said 2020 is expected to be the ‘golden time’ for the affordable office-for-lease market. He stressed that it is thr time for small-size and basic offices rather than A- or B-class offices as seen in 2015-2019.

Many real estate firms, reacting to the increasingly high demand for affordable offices from small and medium enterprises, have been hurrying to develop C-class or C+ class office buildings.

According to Hai, the office-for-lease market has been growing strongly in the last half decade. Analysts predict that there will be no new supply of A-class offices in the next few years.

The B-class office rent is also on the rise. In general, the demand is high while the supply is short. This explains why the office-for-lease market has attractef many more new players.

There are some reasons that prompt realtors to develop offices for rent.

First, investors don’t need to have huge capital to do business in the market segment. They can lease offices for re-leasing. Many enterprises lease large buildings and lease the unused areas.

Second, this business is safe as there is a high demand in the market.

The offices in the central areas have become expensive, which is paving the way for the development of offices at reasonable costs in the suburbs.

CBRE Vietnam’s senior director Dung Duong offers her take on the new trends that will shape the local real estate market since the COVID-19 outbreak.