The occupancy rates of office buildings located in advantageous positions are at a record high.

Unlike the housing market segment, offices for lease have been thriving thanks to high demand and the lack of new projects. 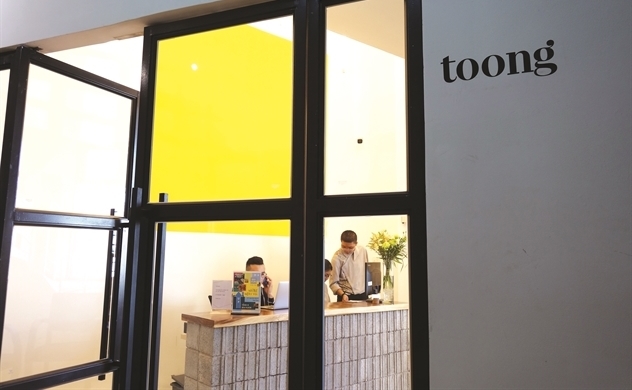 Just after one year of operation, B-class E-Town Central with the total area of 34,000 square meters has a high occupancy rate of 94 percent. It is expected that REE, the investor, will put E-Town 5 (17,000 square meters) into operation in the third quarter, and start construction of E-Town 6, 40,000 square meters soon.

A report from Savills, a real estate consultancy firm, showed that Hanoi had the highest office yield in the world for the second half of 2018, with a market yield of 8.57 percent.

This was the third time since January 2018 the city ranked first in A-class office yield. HCMC dropped to the fourth position though the yield was still relatively high, at 7.36 percent.

Analysts say there are many reasons to predict an optimistic trend in the market segment in upcoming years. The demand for offices will be supported by foreign investors heading for Vietnam because of the US-China trade war. The attractiveness of the office-for-lease segment will also come from the e-commerce boom and demand from technology and finance startups.

Most recently, an area of 10,000 square meters at the A-class Saigon Centre was leased to a well-known e-commerce platform. Sources said the company has to pay $500,000 a month for the business premises.

According to JLL, this was the biggest office leasing transaction in the last 10 years in HCMC.

The ‘co-working space’ movement has also given a push to the office-for-lease segment. The list of co-working spaces now includes dozens of names, including Toong, Hatch! Nest, Nest by AIA, Dreamplex and Saigon Cow.

Having realized the great potential of the Vietnamese market, WeWork, a well-known co-working space distributor from the US, has come to Vietnam.

While the demand is on the rise, the supply of offices for lease is not abundant, as only a few new office building projects have kicked off.

In HCMC, Lim Tower 3 is the only A-class office building to join the market this year. The other important projects, such as The Nexus on Ton Duc Thang street in district 1 and Alpha Town are going slowly and analysts believe that they will not open until 2020.

Office buildings in non-CBD areas are getting ready to receive tenants. These include the B-class Thaco Sala in district 2 and the Tower 1 building in the OneHub hi-tech park in district 9.