The companies that provide on-ground services at airports are making big profits and do not want air carriers to take them over.

Vietjet is seeking permission from the Civil Aviation Authority of Vietnam (CAAV) to provide on-ground service at the Noi Bai and Cam Ranh International Airports from January 1, 2020. 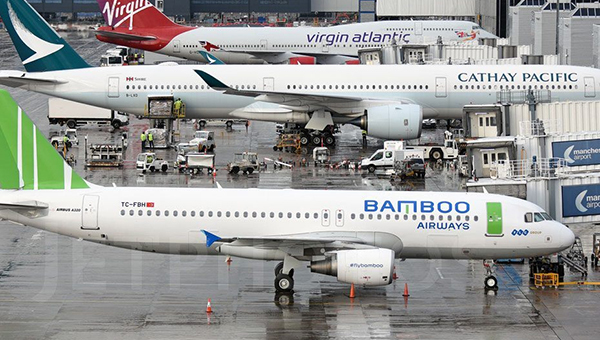 At Noi Bai, the air carrier has 18 aircraft, flying on 15 domestic and 16 international air routes with 150 flights a day on average. The number of aircraft and flights will be higher in the time to come.

Vietjet Air on ground services will increase the airline’s service capability, and at the same time improve passenger service quality as well as the prestige of the aviation sector.

A senior executive of Vietjet Air complained that the current on-ground service provided by professional companies is bad and the airline has received a lot of complaints about service quality. Meanwhile, the existing monopoly in ground services is forceing airlines to compete with each other.

The ground package service for airlines alone brought VND 1.288 trillion to SAGS in 2018; an increase of 16 percent compared to 2017. Its after-tax profit was VND263 billion in the same year, or 18 percent higher than planned.

The International Air Transport Association (IATA) predicted that Vietnam would become the fifth fastest growing aviation market in the world by 2025.

In related news, Vietstar Airlines, after getting AOC (air operator’s certificate), has become the sixth air carrier of Vietnam. Competition in the Vietnamese air transport market is expected to intensify further this year as more airlines are joining the market.

Vingroup’s Vinpearl Air selected Noi Bai International Airport in Hanoi as its base, however, no prime flight slots are available for the carrier’s flights.

The Ministry of Transport has asked the prime minister to consider a plan to buy out the Airports Corporation of Vietnam (ACV), turning ACV into a wholly State-owned company to ensure national security and defense interests are secured.