With the newEU-Vietnam FTA (EVFTA), the insurance sector is expected to continue to see strong growth, while the telecom sector will be more difficult to join.

Any impact on the two sectors of finance and telecommunication would also affect the activities of other business fields. If the market is opened widely, this will bring opportunities for the two fields to develop and will benefit other industries as well. However, many barriers will appear. 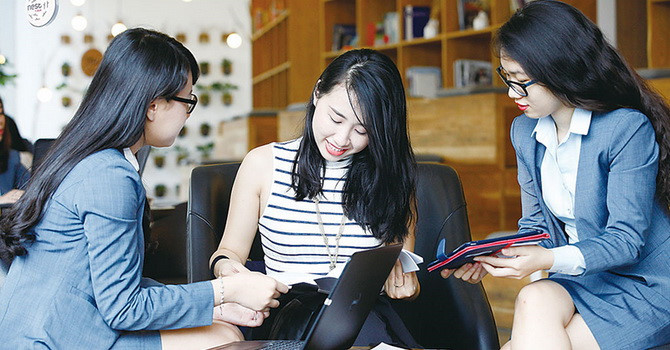 Nguyen Thi Thu Trang, director of WTO Center of VCCI, said the finance and telecommunication sectors can only become more open in a very cautious way.

The direct impact of the FTAs in general on the finance and telecommunication sectors and related fields may not be big, but the indirect impact will be significant.

According to the General Statistics Office (GSO), in the last three years, Vietnam had 100,000 more businesses each year, raising the total number of operational businesses to 715,000. Also, e-commerce and financial services have grown.

Nguyen Thi Thanh Huyen from International Cooperation Department at MOF said that EVFTA is the first FTA to mention the opening of health insurance.

"I think that if compared with WTO and CPTPP, the insurance sector in EVFTA will receive higher attention," she said.

EVFTA opens the market more widely than WTO, which can be seen in the commitment to allow the establishment of foreign reinsurance branches, three years after the agreement takes effect.

The other noteworthy feature is that in EVFTA, Vietnam for the first time allows the commercial presence of foreign health insurance. This is good news for the majority of consumers. The demand for health protection is increasingly high as living standards have been improved, she said.

Vu Quy Quyen, International Cooperation Department of the Ministry of Information and Communication said: "The telecommunication market is being controlled by some big players, and most of them are state owned. Vietnam opens the telecom market, but in order to join the market, enterprises have to overcome a lot of technical barriers.

"There is only one telecom joint venture in Vietnam, Vietnam Mobile, but the market share the service provider is holding is modest. Therefore, when EVFTA takes effect, foreign investors will not find it easy to jump into the competitive playing field."

Even though a bigger lift in foreign ownership cap could become a driving force to lure further European investment in banking and telecommunications, the funding picture in these sectors remains a question.

EVFTA to bring Vietnamese logistics firms both opportunities and challenges

Vietnamese logistics companies need to improve their competitiveness to stay afloat when the EU-Vietnam Free Trade Agreement (EVFTA) comes into effect, according to experts.