Pandemic wipes out most profits of catfish companies

As exports have been stagnant because of the pandemic, catfish companies are experiencing tough days, anticipating big losses in 2020, reported CafeF.

According to the Vietnam Association of Seafood Exporters and Producers (VASEP), catfish is one of the seafood items that has suffered most, with export turnover decreasing by 31 percent in the first half of the year. 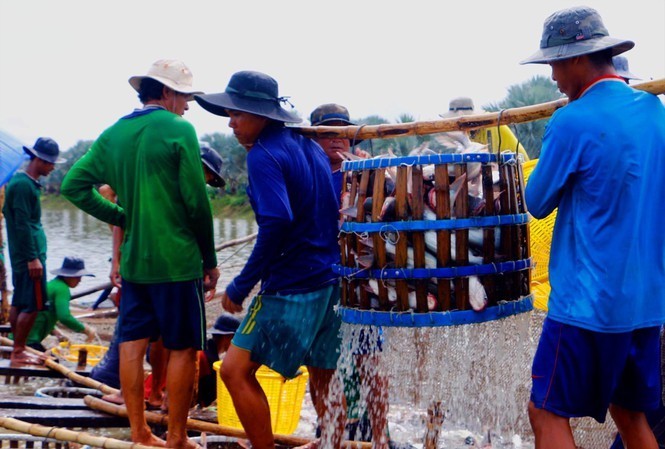 Cuu Long An Giang Seafood Import/Export reported a sharp fall of 93 percent in net profit in Q2 compared with the same period last year to VND4 billion. The exporter made a modest profit of VND5 billion only in H1, while the figure was VND113 billion in H1 2019.

Vinh Hoan is seeking solutions to increase profits through value chains. In addition to the export of traditional catfish products, the company strives to increase revenue from fish fat and fish paste by 20 percent this year. It is expected that the sales of collagen and gelatin products will increase by 60 percent as new factories have been put into operation.

Mekong Seafood (AAM) took a loss of VND595 million in Q2 as its export turnover halved compared with the same period last year. The H1 profit was modest, just VND71 million, far below the targeted profit of VND8 billion this year.

According to Vo Dong Duc, chair of Caseamex, the seafood industry in 2020 bears the dual impact from Covid-19 and natural calamities (climate change, drought and saline intrusion).

After reaching its peak in 2018, the catfish price has been sliding, causing both farmers and businesses to suffer.

Tien Phong in late July reported that the catfish price had been hovering around VND18,000-18,500 per kilogram over the last 1.5 years, with which farmers took a loss of VND3,500 per kilogram.

Since the catfish exports have dropped dramatically because major markets have shrunk, catfish companies have been trying to conquer the home market.

Nam Viet Group, with 1,100 hectares of catfish farming area, can provide 200,000 tones of catfish a year. Its export revenue in Q2 was VND399 billion, just 50 percent of the same period last year, while the profit dropped by 79 percent to VND32 billion, the lowest level since 2017.

However, its domestic sales increased sharply by 113 percent, reaching VND485 billion. This was the first time that domestic sales exceeded export turnover.

The Ministry of Agriculture and Rural Development (MARD) believes that if the domestic market consumes 10-20 percent of catfish output, this would be enough to help ease pressure on farmers and seafood companies.