The petrol price has decreased by VND5,000 per liter after seven adjustments, but the prices of other goods remain unchanged.

Tran Thi Lan, 42, in district 6, HCM City, goes to the market to collect food and essential goods once every five days as people have to practice social distancing as requested by the Prime Minister. 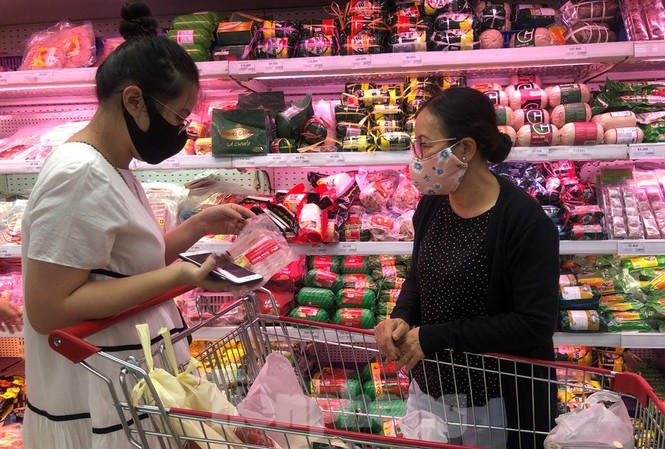 “I thought food prices would decrease after several adjustments of the petrol price. But to my surprise, the prices are still high,” she explained.

My Huan, a housewife in district 3, told reporters that sliced codfish was priced at VND220,000 per kilogram, tuna VND100,000, nearly the same as one month ago.

The price of pork, the most important meat for Vietnamese, stays at a sky-high level. At Ben Thanh and Tan Dinh Markets, young ribs are sold at VND220,000 per kilogram, while half fat and half lean meat VND180,000.

Petty merchants at the markets explained that the retail prices are high because of the high live pork price, at VND80,000-85,000 per kilogram.

Thu, a merchant at Ben Thanh Market, said the supply of vegetables and fruits depends on season and harvesting, not on petrol price.

“Petrol is cheap now, but fruits are expensive because many areas in Mekong Delta are suffering from drought and saline intrusion,” she explained.

Le Van Tien, deputy director of the Hoc Mon Market, said the food prices not only depend on petrol price, but also on market supply and demand.

“Fuel cost alone makes up 40 percent of total transport cost. However, contracts were signed many months in advance and cannot be adjusted,” he explained.

According to Pham Ngoc Hung, deputy chair of the HCM City Business Association, the petrol price has decreased as a result of the spread of Covid-19 all over the world, which has led to lower demand.

However, he thinks the petrol price decreases won’t bring benefits, because transport firms are operating at a moderate level, while manufacturers have become paralyzed because of low demand.

“The purchasing power is very low during Covid-19. However, the retail prices remain very high,” he said.

The Ministry of Industry and Trade (MoIT) has said pork must be eligible for price stabilisation due to the high demand for this essential good on the domestic market. 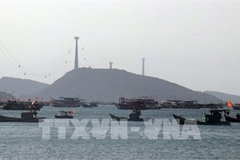