Pork supply and demand to be in balance by year-end: official

The domestic short supply of pork is expected to be offset by imports, but it is difficult to import pork now because of a decline of 12 percent in global supply of pigs, mostly caused by Asian Swine Fever (ASF).

Deputy Minister of Agriculture and Rural Development Phung Duc Tien said that there is no restriction on pork imports and the Department of Animal Health has created favorable conditions for customs clearance. 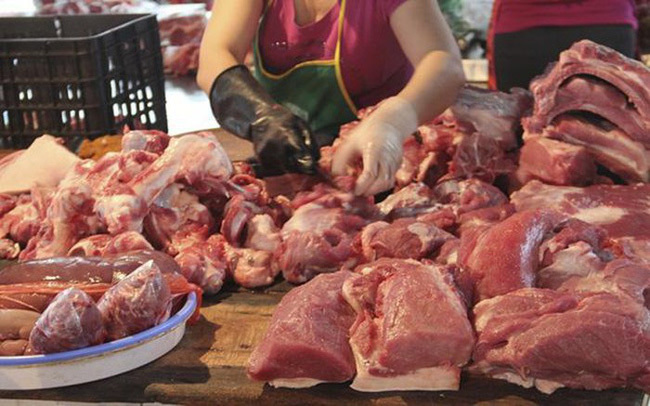 China, one of the biggest consumers of pork in the world, has seen its herd of pigs decreasing by 50 percent. However, 93,000 tons of pork so far have been imported.

Regarding the import of live pigs, Vietnam has negotiated with Thailand on importing 70,000 pigs. The pork price has decreased to VND78,000-88,000 per kilogram.

Vietnam has basically contained ASF, one year after the outbreak.

ASF now exists in only some localities. Around 98 percent of communes have not discovered new outbreaks over the last 21 days.

“Much progress has been made in fighting against ASF to date,” he said. Though Vietnam still cannot produce vaccine against ASF, Vietnam has successfully taken measures to prevent the spread of the epidemic.

Vietnam has invented a kit that helps discover ASF quickly, and has made progress in research in vaccine development and developing pig species with high immunity.

Tien cited reports from local authorities as saying that there were 24.9 million pigs as of the end of June, including 2.8 million sows.

The 16 largest livestock companies have seen their herds increasing rapidly by 66.35 percent, while the average figure is 5 percent for the whole country. The total herd of pigs is now equal to 85 percent of the end of 2018.

It takes time to repopulate pigs. A large number of pigs was culled from May to September 2019. The insemination only began in September and October 2019.

The products of the repopulation campaign will be available after six months.

He predicted that supply and demand will be in balance by the end of the year.

In fact, imports are not favored in Vietnam. Vietnamese housewives prefer fresh meat to frozen products, therefore, import pork can be only used by eateries and catering companies, while it is rarely sold to consumers.

The Ministry of Industry and Trade (MOIT) has suggested adding pork to the list of products for the government’s price stabilization.