Statistics from 17 stock-exchange listed banks in Vietnam in the first quarter show a continued uptrend following positive business performance of the sector in 2018.

Securities companies remain positive about the outlook of Vietnam's bank stocks in 2019, mainly thanks to improvements in asset quality and risk management capabilities of the banking sector, VnExpress reported

Statistics from 17 stock-exchange listed banks in Vietnam in the first quarter show a continued uptrend pf share prices following positive business performance of the sector in 2018.

In early April, a survey on business trend among credit institutions in the January – March period conducted by the State Bank of Vietnam (SBV) reported most banks achieved higher business results in the period, while 88% expected higher profitability in 2019 compared to the previous year.

Rating agency Moody’s in its February report stated Moody's-rated banks in Vietnam had shown higher profitability through wider net interest spreads and lower credit costs, which led in turn to improvements in asset quality, because the banks utilized the profit growth to write off remaining legacy problem loans.

"For 2019, Vietnamese banks that Moody's rates will achieve a further improvement in profitability, again because of wider net interest spreads and lower credit costs," said Rebaca Tan, a Moody's analyst.

"Credit growth will stay stable over the same period because of tighter control by the State Bank of Vietnam, and asset quality will improve further, as the banks continue cleaning up their balance sheets," added Tan.

The banks' capitalization will strengthen because of stronger profitability and stable credit growth, said Moody’s.

Sharing the same view, Le Anh Tri from Phu Hung Securities said the banking sector had one of the best performances in the stock market in 2018, in which most banks recorded record high of revenues and profits to date.

Despite the positive outlook, Tri said investors may revert to cautious approach this year, referring to the SBV’s decision to keep a firm grip on credit growth with target of 15% in 2019 and restriction for lending in real estate sector.

Meanwhile, banks also have to pay attention to bad debt restructuring. As of the end of 2018, there remain 19 banks with total non-performing loans of VND126 trillion (US$5.42 billion) at Vietnam Assets Management Company (VAMC), Tri added.

Additionally, HDBank has succeeded in improving the asset quality and achieved the lowest bad debt ratio of the sector at 0.97%, while Vietcombank, VIB, TienPhongBank (TPBank), MBBank and VPBank have qualified for Basel II standards – scheduled for implementation on January 1, 2020. Hanoitimes 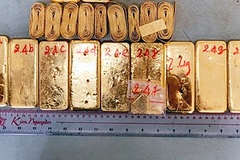 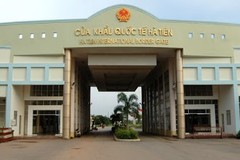 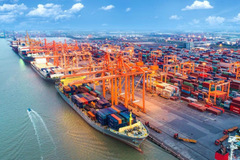