PPP regulations to be changed to serve development

More than per 76 per cent of current investment projects following public private partnerships (PPP) are in the field of transport infrastructure, but investors still feel insecure. 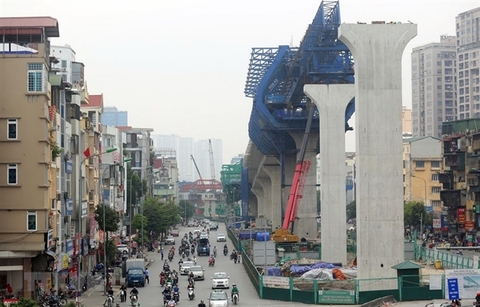 Part of Ring Road 2 in Ha Noi, which was built under a public private partnership.

Of the 289 PPP investment projects, there are 220 involved in transport infrastructure, said Deputy Minister of Transport Nguyen Nhat attending a conference themed "Solutions to promote investment in the development of transport system structure under PPP" in the capital last week.

Nhat told Viet Nam News: “The total investment capital of PPP projects in the form of construction-business-transfer or BOT is worth about VND210 trillion (more than US$ 9 billion), and this was significantly supporting the limited budget in the field.”

“The legal framework for PPPs is not strong enough to encourage more private investors, especially in the context that an infrastructure project usually lasts between 15 and 20 years, and has high risks,” he said.

The Ministry of Transport sent 125 delegations and inspectors to PPP projects between 2018-19, and the Vietnam Association of Road Traffic Investors (Varsi) surveyed 12 road projects. Th results showed investors faced many obstacles and problems carrying out PPP projects in Viet Nam.

Luc said BIDV specialised in medium and long-term capital, but it was in a restructuring period and could not meet the capital demands of all projects. At the same time, other credit institutions in the market preferred short-term loans as long-term loans could lead to bad debt.

Saying that PPP was an effective method to attract investment, Nguyen Mai, vice chairman of the Viet Nam Association of Foreign Invested Enterprises, said: “The biggest roadblocks for PPP in Viet Nam is that local investors have encountered a series of difficulties when implementing projects, and foreign investors are wary of getting involved in road projects.”

Mai told Viet Nam News the lack of guarantees or a risk-sharing mechanism was the biggest obstruction for investors. For example, the Government should come up with effective methods to ensure the toll collection roadmap. Conflicts between investors and local people caused losses for investors.

Capital was another matter, according to BIDV’s Can Van Luc, who said the minimum capital of VND200 billion ($8.6 million) for a PPP mentioned in the draft law was lower than the international level which ranges from $50-100 million.

The conference was held last week to get more ideas for the draft law on PPPs with 11 chapters and 112 articles. Composed by the Ministry of Planning and Investment, the draft is about to be submitted to the National Assembly for consideration and is expected to be approved in May 2020. — VNS

With Vietnam as a focus of President Moon Jae-in’s New Southern Policy, South Korea is supporting the country’s development of the legal framework on public-private partnership investment.

Amid expectation among investors, the latest draft of the Law on Public-Private Partnership has come out with some positive changes, pinning high hopes on a bankable legal framework for future projects.