With the current minimum wage of US$132-190 per month, Vietnam has been listed in the top three ASEAN countries having the lowest labor cost.

The US-China trade war and the Covid-19 pamdemic have prompted many manufacturing companies to plan to relocate their factories out of China or expand production to another country. Having the advantages of low labor costs, geographic location which is close to China and being signatory of many trade agreements will help Vietnam to become a potential destination, according to Viet Dragon Securities Company (VDSC).

So far, with the current minimum wage of US$132-190 per month, Vietnam is in the group of the three countries in ASEAN with the lowest labor cost.

Another key factor is that the country’s membership of a number of trade agreements, with the newest being the EVFTA and RCEP, which “is an attractive point for foreign investors,” noted the VDSC.

Compared to Thailand, Indonesia and the Philippines, Vietnam is considered a safe destination thanks to political stability and without terrorists and domestic war issues.

The VDSC also pointed to the Vietnamese government’s strong efforts in improving the business environment, which is currently ranked at 5th out of 10 in ASEAN, after Singapore, Thailand, Malaysia and Brunei.

Another reason comes from the slow equitization of state-owned enterprises (only 7 out of 98 enterprises in the 2020 plan already equitized), which has a negative impact on investors’ interest, added the VDSC.

FDI mainly went into the manufacturing and processing sectors, accounting for 67% of total. Most of it was channeled to cities and provinces such as Hanoi, Hai Phong in the North and Ho Chi Minh City, Binh Duong and Ba Ria Vung Tau in the South.

A status of ideal destination for companies that want to diversify production outside of China is set to help increase demand for industrial land in Vietnam. The move is backed  with a forecast that FDI inflows to Vietnam are set to recover in 2021, given the bright prospects of the Covid-19 vaccines.

“It is expected that companies with large land that can be put into use soon such as Kinh Bac Company (KBC), Viglacera (VGC) in the North and Becamex IDC (BCM), Phuoc Hoa Rubber (PHR) in the South have many opportunities to take advantage of the coming FDI,” stated the VDSC.

Both KBC and VGC have huge leasable land banks which are around 1.000 ha. These land bank represents a major part of the northern industrial land and possesses favorable locations, mostly in Bac Ninh, Hai Phong. This should help KBC and VGC better capture rental demand from electronics and parts & accessories FDI enterprises. BCM and PHR, in the South, also own enormous areas of industrial land, more than 1,000 ha each, located in Binh Duong. Major tenants are timber enterprises, including domestic and FDI ones. Various tenants with diverse backgrounds include those in logistics, electricity, mechanism, timber and consumer goods.

Realizing about the potential of the industrial parks, many companies in other industries are entering this market, including Asanzo, Hoa Phat, Vingroup, or Dong Nai Rubber, among others.

“Companies in different industries expanding their business to the industrial park will initially increase the supply of leasable land and also increase the demand through their existing business partners,” stated the VDSC.

Covid-19 affects travel and behavior of investors, thus partly impacting the demand for industrial land in the Northern provinces. However, since Vietnam is considered  an emerging manufacturing area, industrial parks developers have more power to negotiate, leading the average rental rate in the third quarter of 2020 to reach US$102/m2/rental cycle, up 7.1% year-on-year. Factory rentals fluctuated in the range of US$4.1-5.2/m2/month, up 2.1%.

Currently, the average occupancy rate in the south is at a high level of 84% and part of the vacant land is facing difficulties in compensation and site clearance, leading to a scarcity of vacant land for rent. At the same time, the demand for industrial park land is still high and is expected to increase further when the Covid-19 is controlled, causing the average rental price to increase to US$106/m2/rental cycle, up by 9.7% year-on-year. Factory rent prices fluctuated in the range of US$3.5-5/m2/month which has not changed much. Hanoitimes

Will US investors head for Vietnam after leaving China?

US businesses are seeking Vietnamese partners in various business fields, according to the US-ASEAN Business Council (USABC). 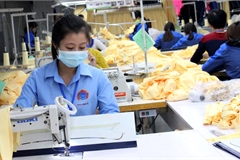 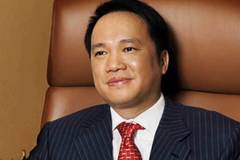 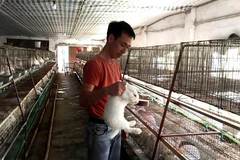