Public investment to give push to Vietnam's real estate market

New policies are expected to accelerate the recovery of the real estate market and lay a firm foundation for the market’s long-term development.

After a long period of waiting, resettlement area construction, site clearance, and the component projects of the Long Thanh International Airport project have kicked off. 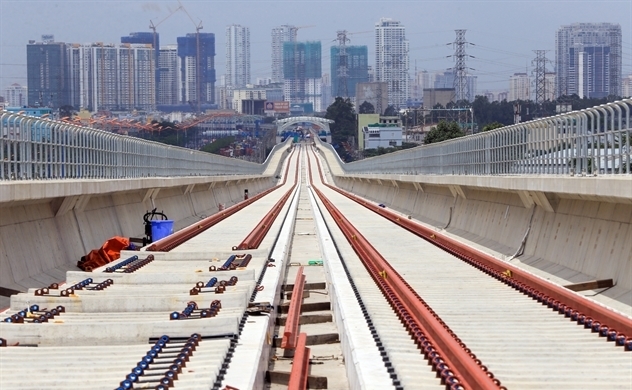 Dong Nai province’s leaders committed to allocate 1,800 hectares of clean land by October to serve the first phase of the project implementation. The remaining land area will be allocated to the investor by 2021.

Regarding the Trung Luong – My Thuan highway project, 40 percent of the workload had been implemented as of the end of April and the highway would be put into operation the next year.

HCM City has been speeding up the implementation of infrastructure projects to avoid the growth decline. The city plans to kick off 15 new transport projects in Q2 after starting 10 projects in Q1.

These are important projects that investors have been waiting for a long time, including the My Thuy 3 Bridge and the tunnel at Nguyen Huu Tho – Nguyen Van Linh intersection, kicked off in late April.

As for the anti-tidal flood project capitalized at VND10 trillion, 78 percent of the workload has been implemented.

Meanwhile, the board management of the Ben Thanh – Suoi Tien subway project has reported that 72 percent of the workload has been implemented. It is expected to be put into operation by the end of 2021.

Good news has been reported for the Belt Road No 3 project: the Prime Minister has turned the green light on for the plan to borrow $190 million from South Korea Eximbank.

The amount of money to be mobilized would be used to build the road section from Tan Van to Nhon Trach, 34.2 kilometers in length. The Belt Road No 3 runs through four cities/provinces – HCM City, Binh Duong, Dong Nai and Long An.

According to GSO, the disbursement for public investment in the first four months of the year increased by 12.9 percent compared with the same period last year, but only 18.1 percent of the plan has been implemented.

Vietnam plans to disburse VND700 trillion worth of public investment capital this year.

Vietnam obtained modest growth rate in Q1, just 3.82 percent. However, according to Cushman & Wakefield, the government of Vietnam now has a great opportunity to turn the real estate sector into the growth engine.

To do this, the government can mobilize resources from the private sector. Quang Ninh province has decided to join forces with Sun Group to implement a series of projects, including airport, marina and high-quality highway. Similar models can be applied to other projects.

The National Assembly discussed changing to the public investment model for the North-South Highway during a meeting on Tuesday in Ha Noi.

If the huge capital for public investment can be brought into the economy, Vietnam would be able to save GDP growth.