According to the Ministry of Agriculture and Rural Development, Vietnam’s rice output totalled 42.8 million tonnes in 2020

High hopes are pinned on Vietnam’s rice export in the early months of 2021 after the price of its 5-percent broken rice exceeded 500 USD per tone last year, the highest since the end of 2011. 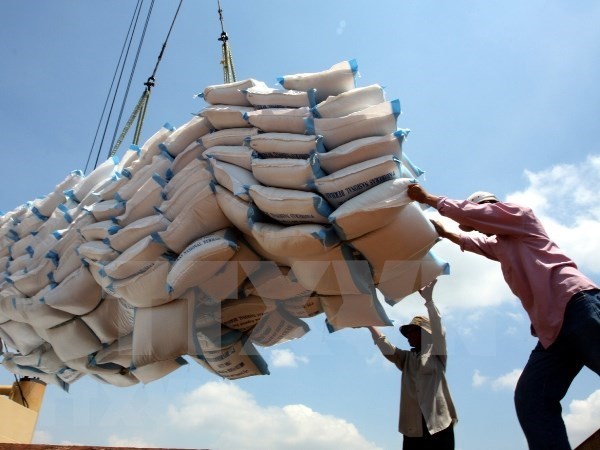 The country’s rice export is likely to grow further in the first quarter of this year since the ongoing COVID-19 pandemic has led to increasing food demand in a number of Vietnam’s major markets in Southeast Asia and Africa which have placed more orders for Vietnamese rice, according to Nguyen Quynh Nga from the Vietnam Institute of Industrial and Trade Policy (VIOIT).

Meanwhile, China’s rice imports are expected to bounce back due to a sharp increase in domestic price and unfavourable weather. China’s rising demand will offer a good opportunity for Vietnam, particularly given that the two countries have established a hotline to facilitate the trade of agricultural products which was disrupted by COVID-19.

According to the Ministry of Agriculture and Rural Development, Vietnam’s rice output totalled 42.8 million tonnes in 2020, down about 0.2 percent because of the shrinkage of some 192,000 hectares in farming areas. However, the productivity rose by 50 kg per hectare from a year earlier.

The country exported 6.15 tonnes of rice for 3.07 billion USD last year, down 3.5 percent in volume but up 9.3 percent in value year-on-year.

The areas of high-grade rice varieties have expanded to 74 percent, compared to 50 percent in 2015, as a result of the country’s efforts in improving the value of the Vietnamese rice.

Thanks to that, the shipments of high-grade rice made up more than 85 percent of the total, resulting in the growth of average rice price from 440 USD per tonne in 2019 to 496 per tonne in 2020.

Rice exporters have bumper year, VN becomes No 1 in the world