Mon Hue, a chain of restaurants with a large network of outlets across the country, suddenly closed its doors recently.

Suppliers of materials still cannot collect debts from the chain, and the reported debts of Mon Hue are more than previously reported. 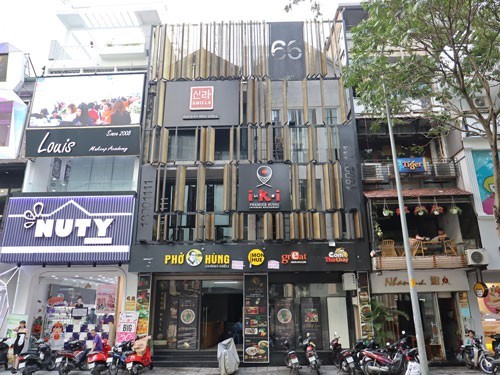 Not only in HCM City, but suppliers in Hanoi and Hai Phong in recent days have flocked to the police to denounce Mon Hue. But the management board of Mon Hue and the owners of the chain cannot be contacted.

Huy Vietnam, the company which owns Mon Hue, was attractive in the eyes of foreign investors, and Mon Hue was considered a typical successful food chain.

Huy Vietnam is a 100 percent foreign owned company, established in 2006. It has received capital from foreign investment funds, totaling $65 million.

The company opened new shops and built new chains, besides Mon Hue and Pho Ong Hung. In 2017, the company started construction of two food processing factories in Long An and Hanoi with estimated capital of $40 million.

At that time, Huy Vietnam announced an ambitious business plan of becoming a restaurant chain which can supply food itself. It also dreamed of reaching regional markets, including Japan, South Korea, Singapore, Hong Kong and China.

Huy Vietnam owned 10 restaurant and bubble tea brands, available throughout the country, and more than 200 restaurants until October 23, when nearly all the restaurants and shops unexpectedly closed. Thousands of customers owning vouchers (prepaid) do not know where to claim benefits.

Nguoi Lao Dong cited its sources as saying that by the end of 2018, Mon Hue had incurred a loss of hundreds of billions of dong.

The reasons behind the closure of Mon Hue have been officially stated, but the death of the chain was not a surprise to many experts. They predicted that more deaths of food chains would be reported in the future.

Hoang Trung Minh, a finance expert, said the closure of Mon Hue reflected the harshness of the market, though the food market is believed to be full of potential.