Excited to reopen shops after a long interruption, restaurant owners are disappointed because of the low number of customers and low value of bills.

Resuming operation on April 24, soon after the Prime Minister loosened the social distancing policy, the owner of HD chain plans to reducr the number of workers as the restaurants have been poorly patronized. 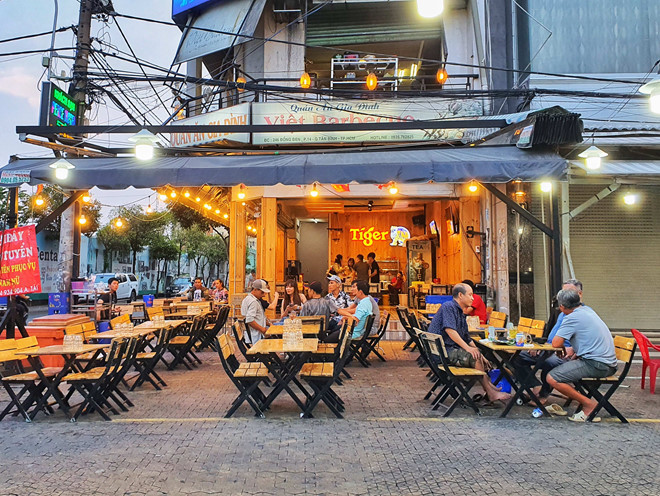 The revenue of the chain began decreasing considerably in early 2020 when Decree 100 on strictly punishing drunk drivers took effect. Later, when Covid-19 broke out, the chain had to close its doors, leaving 90 percent of workers redundant.

The social distancing has been loosened, but many customers have not returned.

“On the reopening day, the number of customers was 60-70 percent compared with pre-epidemic days. However, the number has decreased to 20 percent,” he said.

The owner of a restaurant chain in HCM City, famous for grilled dishes, complained that the number of customers has decreased, but the value of bills has also become smaller, just 50 percent of previous days.

Unlike HD, the customers of the chain are mostly families, groups of friends and office workers, who come just to eat, not drink beer. Therefore, the restaurant chain did not bear impact from Decree 100.

However, the business has been unsatisfactory because customers still avoid gatherings and tend to tighten their purse strings.

“Previously, a group of four customers would have a bill worth VND1-1.2 million. But the figure has dropped by 50 percent,” he said. “They choose cheaper dishes and order fewer dishes. "

Street shops are also in the same situation. H, the owner of a mobile shop on the pavement of Truong Sa Road, said he only sets 10 tables to follow the regulation on distancing, but many tables are left idle.

“Some loyal customers came on the first days after the loosening of the social distancing policy. But they have not returned since then,” he said.

Analysts said people still hesitate to go out because the epidemic has not been fully contained. The other reason is that they have to cut spending as their income has decreased because of Covid-19.

Hieu Le, PR director of a real estate firm, said he has to reduce the number of parties that are not necessary and think carefully about the dishes he orders.

“It is now a difficult time when revenue has dropped dramatically. My salary has been cut by 60 percent and I am living on my savings. I have to change my habits to adapt to new circumstances,” he said.

With the opening of eateries and cafes in Hanoi, many establishments have set out a range of policies aimed at preventing the spread of the novel coronavirus (COVID-19).