Manh Hoang, the owner of a café on Nguyen Thi Minh Khai street in district 3, HCM City, is considering shutting down the shop and giving back the retail premises to the landlord, though his café just opened four months ago. 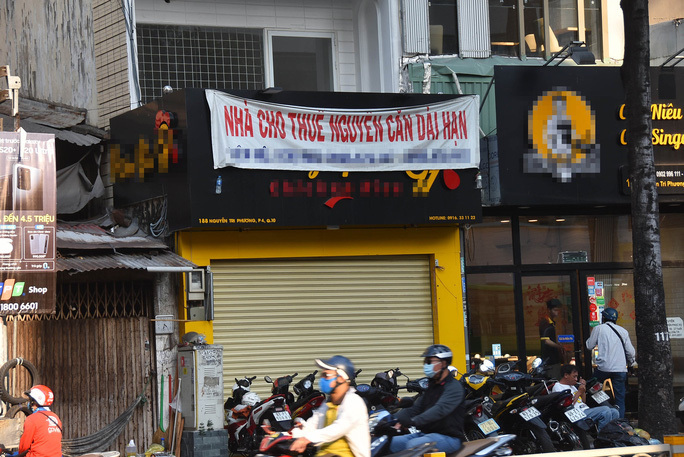 “The coronavirus outbreak has upset my business plan,” Hoang said. “I am afraid I have to close the shop though I have invested big money into it. "

Thanh Thu, who has been running a restaurant serving central region food for one year, said she is negotiating with the landlord on lowering the rent because the business is bad.

“I take a loss of VND30-40 million a month,” she explained. “If the landlord refuses to lower the rent, I will give the premises back to him and shift to another business."

Thu believes that the landlord would accept lower rent. “He (the landlord) understands that the whole economy is in a difficult period and it’s not easy to find tenants nowadays,” she said.

VnExpress reported that many businesses have closed down, sothe supply of retail premises has become more profuse. ‘Retail premises for rent’ signboards are seen on many streets in the central districts 1 and 3.

The premises on Ngo Duc Ke and Ho Tung Mau streets in district 1, called the ‘bubble tea streets’ because of the numerous bubble tea shops in the area, have also become cheaper. In the ‘bubble tea boom’ days, a shop there leased for $20,000 a month, or VND450 million. However, the rent has decreased by tens of million dong.

Minh, the owner of a house on Tran Quoc Thao street in district 3 said he previously leased the house for $4,800 a month, but he would be happy if he can find tenants who will pay $4,000 now.

The owners of retail premises on large streets have lowered the rents by 10-20 percent compared with 2019. Thin, a broker, confirmed that it is very difficult to find tenants these days.

“Two clients contacted me before Tet and said they wanted some large premises. But when I called them two days ago, they said they have canceled the business plans because of coronavirus,” he said.

Phan Cong Chanh, director of Phu Vinh Group, commented that he has never seen so many vacant premises before.

“On a small section of Tran Quang Khai street in district 1 alone, there are 20 premises offered for rent,” he said.

With the COVID-19 outbreak disrupting supply chains and vexing producers to no end, a mounting number of businesses are looking to shift operations away from China, with giants Google and Microsoft both opting to bring production to Vietnam.