Vietnam’s rice is experiencing tough days. According to the General Department of Customs (GDC), rice exports to China have dropped dramatically. 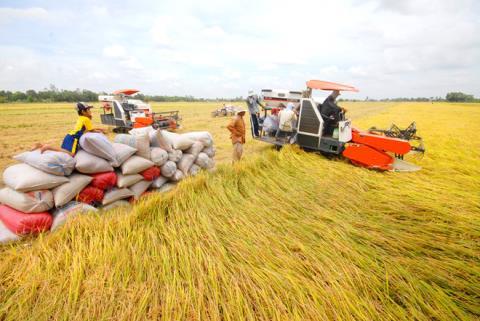 In the first five months of the year, Vietnam saw exports fall by 75.4 percent in quantity and 75.2 percent in export turnover compared with the same period last year (223,078 tons, worth $111.33 million, or 8.1 percent of total export volume and 9.4 percent of turnover).

The price of exports to the market also decreased by 6.3 percent to $499 per ton.

As such, China fell from the No 1 position among Vietnam’s biggest importers to the third position in the first five months of the year.

The sharp import fall from the biggest market has posed challenges to Vietnam’s rice production.

Experts said that Vietnam needs to realize its own faults before blaming others for the exports decrease.

Farmers and exporters were warned for a long time about the Chinese plan to more strictly control rice imports. They have had time to adapt to the new stricter requirements set by the market.

The situation is expected to be even more difficult in the future. According to the US Department of Agriculture, the rice inventory level in the 2019-2020 crop in China is 114-116 million tons, or 70 percent of total inventory level globally.

In the last two years, the country has auctioned over 7 million tons of stockpile, including 1.5 million tons in May alone.

A report by the Chinese customs agency showed that China’s rice exports in the first four months of the year reached 830,000 tons, an increase of 112.4 percent compared with the same period last year, or nearly equal the import volume.

Experts say that China is striving to become an exporter.

Chinese rice will be a rival for Vietnam in the world market. Since 2017, China’s rice has been expanding its market share in Africa, and in the Mediterranean. It has also been trying to penetrate the Asian and African markets.

Vietnam’s coffee exports dropped by around 20 per cent in the first half of the year.

Not long ago, a bowl of simple white rice was a faraway dream to many Vietnamese people.