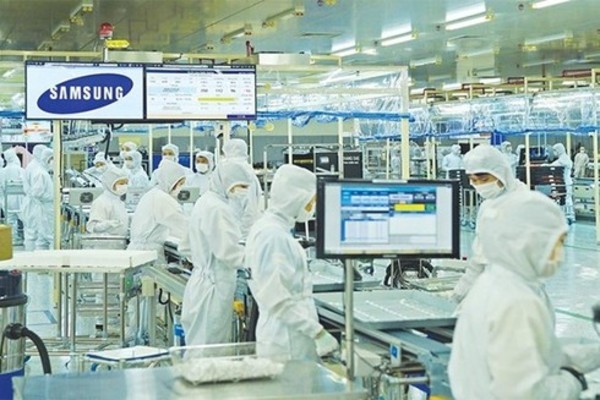 Since the third quarter of 2018, Samsung Vietnam has no longer served as a driving force for Vietnam’s GDP growth, as the company has entered the phase of stable growth and its parent company Samsung Electronics is under pressure from unfavorable global economic environment, according to KB Securities.

The securities company projected Vietnam’s GDP growth in the fourth quarter this year to reach 6.95 – 7%, taking the whole-year growth to nearly 7%.

Meanwhile, exports are predicted to pick up where it left off in the previous period, thanks to the recovery of Vietnam’s smart phone production.

Global market intelligence firm International Data Corporation (IDC) expected global sales of smart phones would receive a boost thanks to the introduction of 5G smart phones, in turn having a positive effect on Vietnam’s smart phone production capacity and its exports in the October – December period.

Notably, KB Securities said in the September – December period, Vietnam’s smart phones exports to China would continue to rise, thanks to the year–end festive season , while the country’s exports of electronic products to US also continue its positive trend, thanks to the shift of production facilities from China to Vietnam.

Meanwhile, the Comprehensive and Progressive Trans-Pacific Partnership (CPTPP), which came into effect since early 2019, would play a hand in expanding Vietnam’s export market in countries such as Mexico and Canada.

KB Securities expressed concern that the ongoing trade war is causing negative impacts on operation of foreign-invested companies in Vietnam, which is  evidenced by the headline Nikkei Vietnam Manufacturing Purchasing Managers' index (PMI) declining in two consecutive months to around 50.5 in September, the lowest reading over the last two months.

These companies are in the global value chain of Chinese and US multinationals, which are under direct impact from the trade war. Hanoitimes

The technology market is heating up after Samsung splashed out $40 million to buy 30 per cent of CMC Corporation, the second-largest IT company in Vietnam, to jointly develop AI and Internet of Things solutions.