Many commercial banks now pay trillions of dong worth of dividends to shareholders and have completed restructuring after a decade of difficulties. As a result, their share prices are expected to rise. 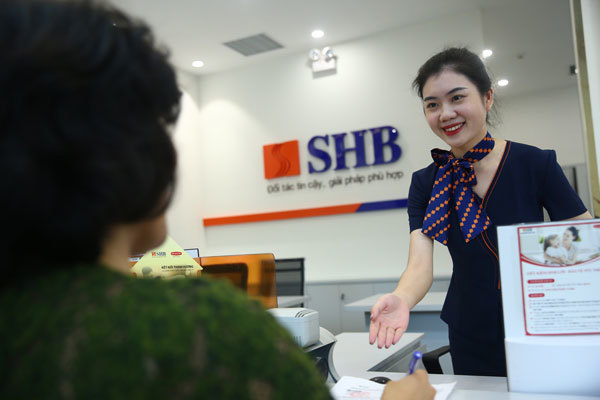 SHB is one of the banks that pay attractive dividends to shareholders every year. The 20.5 percent is thought to be the highest dividend that bank shareholders can expect this shareholders’ meeting season.

VietinBank (CTG) has announced the plan to pay a 2019 dividend of 5 percent, in cash. With more than 3.7 billion shares, VietinBank would have to pay VND1.86 trillion.

MSB has projected a 15 percent dividend payment at minimum, while BIDV (BID) has announced a payment of VND3.218 trillion worth of dividend for 2019.

Commercial banks plan to pay high dividends this shareholders’ meeting season, which is why bank share prices have increased since the beginning of the year.

Bank shares are believed to have bright future after a prosperous 2020. BIDV shares are also valuable commodities as the bank has set the goal of VND13 trillion worth of pre-tax profit in 2021, up by 40 percent, and plans to pay the a dividend of 12.2 percent.

MSB aims to obtain a 30 percent growth rate in profit this year to VND3.28 trillion and a dividend of 15 percent at minimum for 2021.

Meanwhile, SHB predicted a 70 percent growth rate in pre-tax profit in 2021 to VND5.8 trillion as it has completely settled the bad debt that arose after the admission of Habubank.

According to SSI Research, banks will see their profits increase sharply in 2021, at 21 percent on average, thanks to credit expansion and lower capital cost as deposit interest rates are low.

BSC believes that the restructuring debts will not have a big impact on the quality of the overall assets of the entire banking system.