Shopee and Lazada have successfully controlled most of the Southeast Asian market. But in Vietnam, Tiki, Sendo and The Gioi Di Dong are preventing them from doing so.

An iPrice’s report showed that the number of visits to the websites of the two giants in Malaysia, Thailand, the Philippines and Singapore account for 80-90 percent of total visits. Meanwhile, they just hold 35 percent of market share in Vietnam. 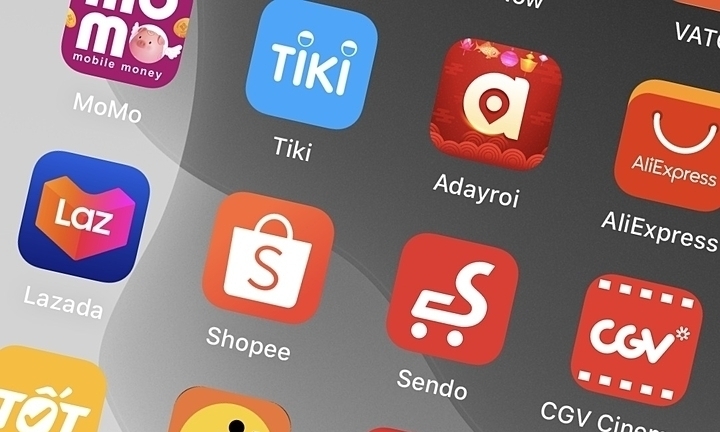 If considering the traffic, domestic e-commerce websites in Vietnam rank second in Southeast Asia in terms of competition with international companies, just behind Singapore. However, Singapore is the country where the two giants Lazada and Shopee, registered their business.

Vietnam leads the region in terms of traffic market share of domestic businesses (66 percent), while Indonesia is behind Vietnam with the total traffic of domestic players accounting for 62 percent.

They are Tokopedia, Bukalapak and Blibli in Indonesia, and Tiki and Sendo in Vietnam. Meanwhile, in the other regional markets including Malaysia, Thailand the Philippines, very few rivals can compete with Lazada and Shopee.

The biggest advantages of Vietnam’s domestic e-commerce firms are the young population and qualified technology staff. People access international e-commerce later and less than other regional countries because of the language barrier.

Lazada entered the Vietnamese market in 2012 and set up its first storehouse in 2013. Lazada was considered the leader, leaving other e-commerce firms far behind in terms of visits in Vietnam.

However, in 2016, Lazada lost its No 1 position to the hand of Shopee, when Alibaba became a controlling stake holder. The number of visits to its website has decreased and it has been surpassed by domestic rivals including Tiki, Sendo and The Gioi Di Dong.

Since 2018, Lazada has been mentioned as one of the top 5 in Vietnam’s e-commerce market. Meanwhile, Shopee, a foreign invested firm has been developing rapidly and jumped to the No 1 position in terms of traffic.

The Vietnamese players Tiki, Sendo and The Gioi Di Dong, which understand Vietnamese clients, in turns shift their positions in the top 5 in Vietnam. They were also listed among top 10 e-commerce websites in Southeast Asia in 2019.

If considering the firms as marketplaces, Tiki and Sendo can compete equally with the two global firms Lazada and Shopee. e-Conomy SEA 2019 said that Sendo and Tiki are believed by Google as having the potential to become unicorns in the future.

Amid the current coronavirus epidemic, the fast-moving consumer goods and e-commerce sectors have experienced a tumultuous period.

A lot of events happened in 2019, including merger and acquisitions (M&As). Meanwhile, some e-commerce websites stopped their operation.