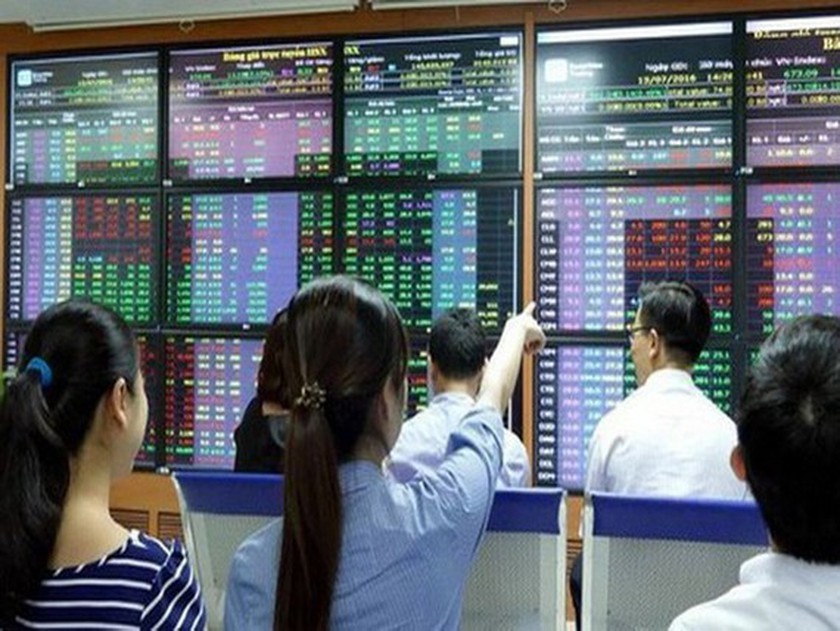 An unstoppable wave looks to continue in coming months.

During the second half of 2020, the stock market in Vietnam was overwhelmed with a huge number of individual investors showing an unprecedented boom in the market, that had not appeared in the last twenty years. However, in 2021 we may see new records.

Data collected by the Securities Depository Center shows that in March alone, there were 113,191 new accounts of individual investors in the country. It must be emphasized that in the history of the stock market, there has never been a month with the number of individual accounts in the country exceeding 100,000. The record so far was 86,107 accounts in January 2021, which number was overtaken by the March record.

If 2020 saw a ‘tsunami’ of individual domestic investors participating in the stock market, the year 2021 will likely break this record. In the whole year of 2020, the number of new securities accounts of individual domestic investors reached 392,527, while in just the first three months of 2021, the number of new accounts has reached 256,316 already, more than 65% than last year. There are still nine months left in this year, and the market may expect to see a new big record.

Indeed, the most concrete evidence is that of congestion on HOSE in 2020, mainly in the second half of December. In March 2021, almost every day the market is congested, not just from 2:00 pm as before, but almost immediately by the end of the morning session. Unlike institutional investors, individual investors often trade non-stop and turn around very quickly, so the frequency of order blocks is far denser.

One particular characteristic of individual investors is that they prefer to use loans, while institutional investors hardly use loans because they do not use up their free capital as they normally follow portfolio management rules. On the other hand, individual investors always take advantage of the marginal services. On their part, securities companies see their services to the new ‘so-called gods’ as a lucrative business and an obligation, at the same time.

In Vietnam, the scale of a leverage is maintained as a secret, to avoid a serious crisis should the scale be too large. However, the size of a loan can be estimated on the basis of final financial statements. For example, at the end of December 2020, the financial statements of securities companies showed that the marginal loan balance was about VND 81,000 bn. Another sign is the need to increase capital as well as borrowings from securities companies through bonds or direct borrowing. By the end of 2020, securities companies increased their borrowing amounts. For instance, SSI released US$ 85 mn from foreign banks and VCSC issued VND 1,200 bn in bonds.

Capital raising was a hot activity before the 2021 shareholders meeting of some securities companies. VNDirect closed its 1:1 issuance plan to raise capital for this year; HSC also plans to issue 152.5 million additional shares; and VCSC will issue 166.5 million shares. The goal of raising capital to expand margin lending capacity is in the plan submitted to shareholders of securities companies. The reason is not just the need for more capital, but also to extend lending limits, because the current regulations only allow securities companies to lend within two times their equity.

In addition, by using mobilized capital or equity capital to lend, securities companies recently created a new playing field in launching business cooperation services for customers having idle money in their accounts. The fact is that many investors have large capital but do not always use all their cash.

The cash balance on the account enjoys demand interest rates, but almost no one cares. If investors cooperate with securities companies to use that idle capital to lend to other investors, they enjoy higher interest rates, usually equivalent to a six-month term deposit interest rate in the bank.

This indirect method is used by securities companies to borrow from customers as an investment with low interest rate, then further lend to other customers at a higher interest rate. As investors still have need to use money to buy securities, so the company splits it into flexible terms, even in multiples of cycles or by months, so both the lender and the borrower are at ease with the terms.

The creation of capital mobilization channels to indulge new investors has an advantage in borrowing costs becoming cheaper. Securities companies can launch packages to support low-interest leverage, even super preferential packages at only 6% per year interest rate for a six-month period.

Now, with low interest rates being offered, resources on the stock market not only come from new cash flow that F0 investors can pour back in, but also resonate with thirst to use more loans, which are all too easy and cheap and accessible.