Nguyen Thi Cac Thuy, director of Tay Cat company in Dong Thap province, specializes in making cakes of fruits. She has a high number of customers from China, Singapore and Malaysia who order Tay Cat banana cakes. The demand is so high that the company satisfies only half of the demand. 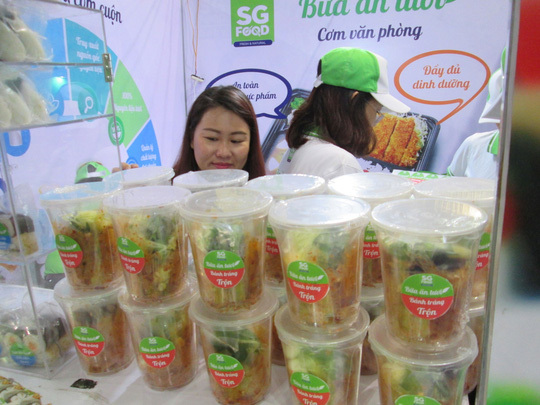 “Importers want 12 tons of banana cakes a week, but we can provide 3-5 tons only,” she said. “We cannot increase the capacity by installing machines, because that will make the cakes lose the traditional flavor of manually made products. ”

According to Vu Kim Hanh, chair of the Vietnam Association of Enterprises with High-quality Products, Vietnam’s products made of farm produce could easily access the world market. Other countries now favor the products made of natural materials because they are good for human health.

Also according to Vien, the Chinese snacks market is booming with billions of dollars worth of snacks exported to mainland China mainland each year. in 2011-2017, the consumption of snacks increased with the growth rate of 3.58 percent.

It is expected that Chinese will consume 18.26 milliont tons, valued at $543.9 billion this year.

Realizing the high demand for snacks, ASEAN enterprises have been exploiting the market. However, products must have high quality and satisfy requirements on food safety. They must retain natural flavor and be good for health.

Ngo Dinh Dung, a market expert of the Vietnam Association of Enterprises with High-quality Products, said the food must contain less sugar, be processed in a way to retain natural flavors, and be traceable.

Vien from Vinamit said enterprises should focus on making safe, green products and build production chains suitable for every country. As for the vast market of China, there are many ways for Vietnamese enterprises to penetrate. They can sell products to businesses in border areas, sell products to distributors or display products at supermarkets.

However, selling via supermarkets should be the top priority, because it is the best way to export goods through official channels.

Vietnamese shrimp exports to US still need to be careful

The US Department of Commerce on August 21 has just announced the results of the 13th period of review (POR13) for 31 Vietnamese enterprises to export shrimp into this strict market with the tax rate of 0 percent.

Vietnam’s export of aquatic products in July showed positive signs with an increase of 9 per cent year-on-year, particularly with exports of shrimp and other products rising, except for pangasius.