Some foreign retail groups have left Vietnam recently. Is this because the retail market is no longer attractive?

A report shows that Vietnam’s modern retail market is still relatively small, about 20 percent of the traditional retail channel which comprises groceries and traditional markets.

With more than 90 million consumers, the Vietnamese market is attractive and there is great potential for retailers. 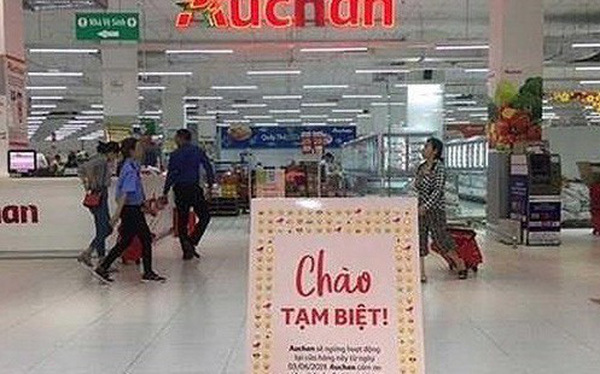 Nguyen Huy Hoang from Kantar Worldpanel said the departure from Vietnam by some foreign retail groups is normal and there are many reasons for them to do this.

They leave Vietnam because they cannot find suitable business models and strategies which can bring satisfactory profits but they may return one day.

In 2013, a Japanese retailer Family Mart left Vietnam and the chain fell into the hands of a Thai billionaire and changed into B’s mart. But just two years later, Family Mart came back to Vietnam and has been expanding its network rapidly.

Consumers can seek information about products and then go to physical shops to buy products, or vice versa. Different groups of shoppers will choose retail models which allow them to have the best experience.

Retailers need to have reasonable long-term business strategies, and diversify model chain models to approach as many consumers as possible.

Vinmart, for instance, has introduced a virtual supermarket chain Scan&Go. Prior to that, Saigon Co-op also applied Scan&Go, but it was suspended.

Tiki has ‘subscription model’, or automatic periodic delivery. Consumers now can experience ‘Tap Hoa BB’, a model which connects groceries and consumers through apps. Under the mode, consumers can buy any product at groceries near their houses that are members of the BB grocery network.

Hoang commented that shopping behavior and consumer trends are largely affected by motorbike culture and the rapid development of technology and e-commerce.

Asked about the advantages of Vietnamese retailers over foreigners, Hoang said the retailers better understand the domestic market and consumers. Besides, foreign retailers have to follow complicated procedures to set up businesses and open new supermarkets.

The General Office of Statistics predicts that the value of the retail market will be $180billion by 2020.

Is it necessary to set regulations on discount rates at supermarkets?

There is no regulation about the discount rates suppliers have to pay to supermarkets or the the ratio of Vietnam-made goods that must be available at supermarkets.

Will a minimum proportion of Vietnamese goods be required at foreign supermarkets?

Some experts, warning that foreign retailers will give priority to distribute goods from their home countries, have suggested taking serious measures to ensure the availability of Vietnamese goods at foreign supermarkets.