Speaking at a recent boot camp, a start-up training programme organised by VnExpress.net, Anh said reaching out to the world was not optional but imperative for a start-up to succeed.

“You may not go global right away, but you must have a vision to do it in the next five to 10 years.

“Vietnamese start-ups must conquer the global playground to increase the value, revenue and profit.”

Anh was one of the first employees of the giant ride-hailing service when it entered the Vietnamese market in 2014 on the heels of its success in four other Southeast Asian countries, Malaysia, Singapore, the Philippines, and Thailand.

To succeed, start-ups could first start their business in a market in which they were familiar to master customers’ habits and behaviours, but later needed to expand markets to other countries.

Going global also helps improve the company’s capacity and increase salaries for existing personnel, he said, adding that setting a goal to go global demonstrates the potential of the start-up to attract more investment.

The biggest challenge is finding a right partner. Start-ups that want to be successful in a new country need to find a reliable partner.

When a problem arises, a start-up needs to know what is going on and see if they really understand the local market.

For instance, when Grab entered Vietnam, it had accepted cash payment for taxi services, and car and motorbike services while its main competitor had only been available to users paying by credit or debit card.

Accepting cash payments was a necessary local adjustment in emerging markets. Making the decision to accept cash payments had been “one of the important realisations that Grab came to in Southeast Asia.”

Grab’s success in the Vietnamese market was owed to three factors.
First, when entering HCM City and Hanoi, it had already had experience in four markets.

Second, it had been willing to deploy new services to meet customers’ needs. For example, it had taken only a month to launch GrabBike, an app-based motorbike taxi service, due to the high demand at the time.

“We did not think too much. We just saw the potential for investment and we did it. The market responded very well.”

Third, Grab had entered Vietnam at the right time when its technology infrastructure had begun to boom.

“The increase in the number of start-ups has been made possible with a good telecommunications system, the Internet, 4G, and improvement in technology and education, among others.”

Besides, the habit of using smart devices was increasing and there was enthusiasm for new technologies among Vietnamese, which too contributed to the success of Grab.

Grab, which has an estimated valuation of 14 billion USD, has become a one-stop app providing services and solutions for daily needs from transportation and food to entertainment and seamless cashless payment.

It has also partnered with fintech firm Moca to provide cashless payment via e-wallet. Users in Vietnam can now pay bills, book hotels, order food, and send parcels from the Grab app.

Experts said Vietnamese start-ups are struggling with internationalisation in their local eco-system. In Vietnam, entrepreneurs work in a very tough regulatory environment, with few international mentors to support them, they lamented.

But despite the challenges, it is totally possible to build a successful global start-up in Vietnam, they said.

The eco-system in Vietnam is still young but has entered the globalisation stage. The country has more than 3,000 start-ups with a third being based on technology and the rest on consumers.

Though tech companies sprouted in Vietnam in 2000, it was not until 2016 that the country’s start-up eco-system became complete.

In 2017, around 92 start-ups received investments worth 291 million USD. The most attractive industries for investment have been e-commerce followed by food technology and fintech.

“In the next 10 years, Grab’s vision will be the same, focusing on finding the most effective solutions to improve the quality of life of people through technology,” Anh said./.VNA

Vietnam collaborates with the world to support start-ups and innovation

Việt Nam News talks to representatives of organisations and countries about start-up and innovation collaboration with Vietnam.

A person's CV is one of the most important documents when it comes to starting or advancing a career, but many CVs are compiled manually which can lead to mistakes, especially if a new copy has to be submitted for every job application. 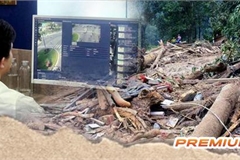 Business stories: The bosses with the most leisure time
FEATUREicon  27/04/2021