As of the end of 2019, the capitalization value of the securities market at HCM City Stock Exchange (HOSE) had reached 3.28 million of billion of VND, or 54.3 percent of GDP with 2.3 million investors’ accounts.

According to HOSE, by the end of 2000, or five months after the stock exchange became operational, there were less than 3,000 accounts with total trading value of VND90 billion. 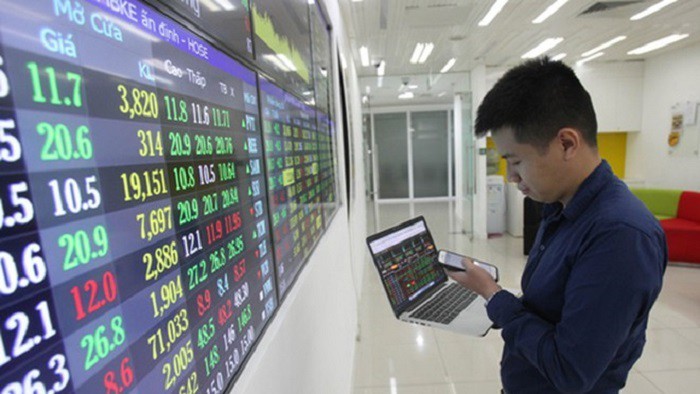 By that time, foreign investors had not joined the Vietnamese stock market.

The market witnessed transactions by the first foreign investor on April 2, 2001, an investor with British nationality, who bought 100 TMS shares.

In early July 2003, VFM, the first fund management company, was established, becoming the first professional institutional investor in the market.

After five years of building the platform, by the end of 2004, the ‘basic goods’ of the market were available at HOSE, from shares and bonds to investment fund certificates.

During that period, the total number of investors’ transaction accounts soared by 10 times. However, the figure was very modest, just equal to 0.3 percent of the Vietnamese population.

Only when businesses rushed to list their shares at HOSE and the then US President George W. Bush visited HOSE in late 2006 did the stock market become familiar to Vietnamese people.

Together with the increase in the number of accounts, the trading volume and trading value also increased sharply in 2016 by 217 percent and 223 percent, respectively, compared with one year before.

Later, because of the global economic recession, the increase of number of foreign investors slowed down.

The figure increased sharply in 2015-2019 by 10 percent per annum, while the number of foreign investors increased by 15 percent after the government released Decree 60 and Circular 123, offering higher foreign ceiling ownership ratios in Vietnamese enterprises.

Public investment is expected to be one of the major driving forces for economic development in the second half of the year. Securities investors have been advised to buy building-material manufacturing shares.