Though the index has increased slightly, the stock market remains inactive as a lot of individual investors have incurred losses and many brokers have given up their jobs.

The stock market is sogloomy that people say that nine out of every 10 securities investors have taken a loss with their investments. 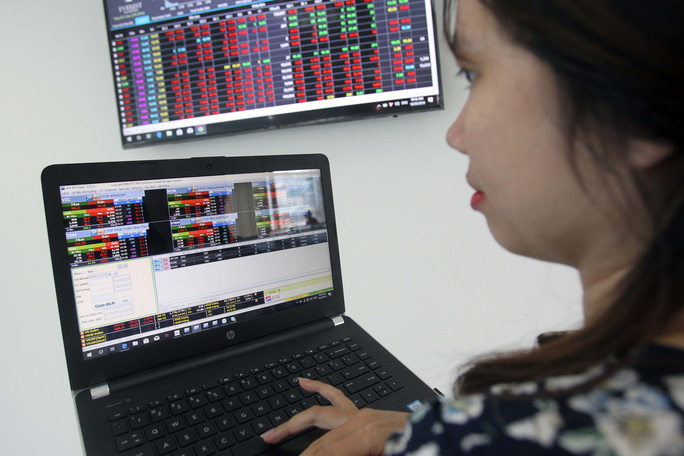 Most investors who leave the stock market said they would rather use money to invest in the real estate market or other safer investment channels.

Hoa, a veteran investor from Binh Thanh district in HCM City, admitted that she left the market because the loss rate was up to 60 percent.

Since many investors have left the market, the liquidity in the market has decreased. The Hanoi Stock Exchange reported that the total transaction value in October was VND9.2 trillion, a sharp decrease of 38.25 percent compared with the same period last year.

In the first 10 months of the year, the total amount of shares traded was 6.6 billion, valued at VND87 trillion. The average trading volume was 31.8 million per trading session and the average trading value was VND420 billion, a sharp fall of 53.37 percent compared with the same period last year.

Meanwhile, according to the HCM City Stock Exchange, the total trading value of the market had dropped by 35 percent by October to VND703.6 trillion, which means that only VND4.9 trillion worth of securities was traded each session.

The reports of securities companies about the business results in the first nine months of the year also showed unsatisfactory situation. Saigon Securities Incorporated (SSI) reported the 44 percent decrease in profit compared with 2018. Meanwhile, VnDirect saw the revenue decreasingly slightly by 5.4 percent, but the post-tax profit (VND232 billion) decreased sharply by 29.4 percent.

The CEO of a small securities company with charter capital of less than VND100 billion, admitted that small companies cannot compete with large companies, especially foreign ones which are rich in capital.

He went on to say that investors now are tired of incurring loss over the last two years. As a result, the brokerage and investment consultancy services are on the decline.

The punishments on violators are not heavy enough, according to investors. A company was discovered violating regulations when increasing chartered capital and it was fined VND400 million only.

Meanwhile, many individual investors said they cannot compete with ‘sharks’ because of the lack of transparency, so they have left the market.

According to Phan Dung Khanh, a respected finance expert, while the stock market has cooled, other investment channels are now ‘hot’. Corporate bonds, which did not catch high attention from investors in the past, are now very attractive.