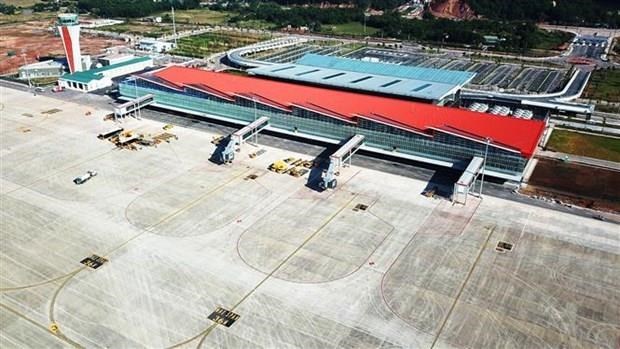 For international air routes, initially, the airport plans to focus on charter flights.

Since being put into operation by the end of last year, the airport has served only HCM City-Van Don flights.

The airport management board has worked with many travel firms about the charter flight co-operation. At the meetings, travel companies expected that stop-over charter flights can be allowed at the airport. For instance, after being transported to Van Don, passengers can stay there for several days, and then continue flying to their second destinations such as Danang, Hue, Nha Trang, Phu Quoc and Dalat.

The airport has proposed the Ministry of Transport to consider licensing this service.

At present, national flag carrier Vietnam Airlines has one HCM City-Van Don flight per day, using an Airbus A350. Flights depart HCM City at 2 pm and land at Van Don at 4:05 pm. The return flight leaves Van Don at 4:45 pm and arrives in HCM City at 6:50 pm.

The airport is intended to provide routes to Northeast Asian destinations like South Korea, Japan, China and Taiwan as well as Southeast Asian markets like Thailand, Malaysia, Singapore and Cambodia in the coming time.