The outlook for Vietnam’s business environment remains positive but further digitalisation and streamlining of the administrative system are required, a World Bank expert has said. 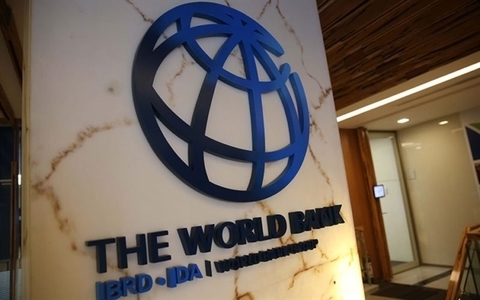 Viet Nam has slipped one place in the World Bank’s Doing Business 2020 Report. It ranks 70th in this year’s report compared to 2019’s 69th.

It is also the second year the Southeast Asian economy’s ranking has declined despite achieving a higher score. The country scored 69.8 in this year’s report, higher than the previous two years’ figures of 66.77 (2018) and 68.8 (2019).

In the report that was released on October 24, the World Bank ranks 190 economies by 10 criteria on starting a business, dealing with construction permits, getting electricity, registering property, getting credit, protecting minor investors, paying taxes, trading across borders, enforcing contracts, and resolving insolvency.

Of the 10 criteria, Viet Nam ranks between 25th and 27th in helping firms deal with construction permits, access to power and capital funding. The scores in these three criteria are 79.3, 88.2 and 80.0, respectively.

Paying taxes and starting a business are two criteria that were highlighted as needing improvements by the World Bank.

Protecting minor investors is another issue. Viet Nam scored 54.0 and ranked 97th in the report.

Resolving insolvency is the worst criterion as Viet Nam scores only 38.0 and ranks 122nd out of 190 economies.

Jaques Morisset – World Bank’s Lead Economist and Programme Leader for Viet Nam, Macroeconomics, Trade and Investment – told Viet Nam News that Viet Nam has made progress in the last eight years and its economy “is much better than others with the same per-capita income.”

The ranking “doesn’t mean Viet Nam has not approved or implemented reforms” as it is only relative, he said. “It means Viet Nam has made progress but not as fast as other countries.”

Jacques said the Vietnamese Government should focus on improving criteria on trading and tax paying because they are the two sub-categories where Viet Nam is performing the worst.

A streamlined administrative system is required to boost the economy’s business environment, he said.

“Viet Nam has many regulations and a lack of co-ordination across ministries. Companies often do not know where to go.”

“Viet Nam also has a lot of duplication – the same document and information is often needed multiple times.”

In addition, digitalisation will facilitate a faster-growing economy as the authorities will have less paper to work on and simplify their workflow, Jacques said.

“Viet Nam is still growing very fast compared to other economies. Everybody has to be aware that (the global economy) may be more difficult than it used to be.”

“It’s another reason why Viet Nam needs to push for more reforms and a better business environment. If firms can compete and co-operate in a good environment, they will invest more and create more jobs.”

According to the report, East Asia-Pacific economies had improved 33 criteria for small- and medium-sized enterprises (SMEs). However, the region’s overall reforms were slowing down.

China led the region in eight categories. Others included Indonesia and Myanmar, which made headway in information, communication and technology.

Progress was also seen among East Asia-Pacific economies in helping businesses get better access to credit, power supply and construction permits. However, limits remained in enforcing contracts, which requires international practices and arbitrators to resolve. — VNS 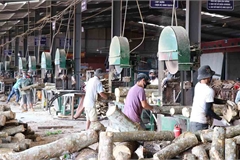