The $9 billion dollar market for fintechs

Investment in fintechs has been increasing rapidly in Vietnam. Fintechs, once considered an arch enemy of banks, are cooperating closely with banks.

According to Pham Xuan Hoe from SBV, fintechs expect revenue of $9 billion this year thanks to the increasingly high number of solutions provided by fintechs. 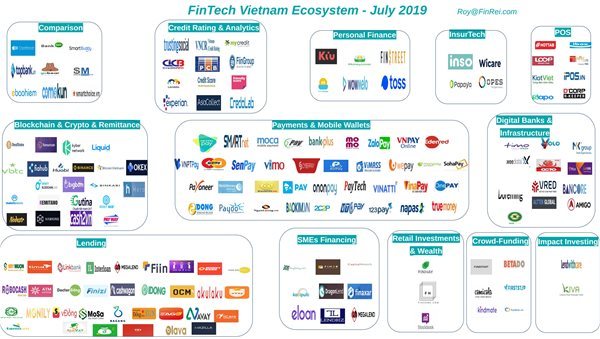 Many fintechs operate in the field of payment services, but the five biggest companies alone are holding up to 95 percent of market share. Fintechs play a very important role in accelerating non-cash payment modes, helping reduce the cash proportion in circulation.

Fintechs have caught attention from investors in Southeast Asia. In 2018 and the first half of 2019, fintechs received investment of $1.7 billion, six times higher than in 2017. Most of the investments were poured into lending and payment firms such as Akulaku , Kredivo and MoMo, firms which successfully raised tens of millions of dollar worth of funds over the last 18 months, according to a report from Google and Temasek.

According to a report of Topica Founder Institute conducted in 2018, fintechs are leading startups in attracting investments with eigjt investment deals, worth $117 million in total. The figure is expected to be much higher in 2019.

Fintechs are operating under the Investment Law. However, as they belong to a kind of conditional business, they need to obtain licenses from the monetary management agency in each country.

Therefore, legal issues are the most discussed topic when talking about the future of fintechs in Vietnam. Investors complain that they are ‘both doing business and listening to the situation’.

Fintechs were considered rivals ‘who put a spoke in the banks’ wheel’. But now they are seeking to cooperate with banks to provide services.

Vietnam is a promising market for fintech companies thanks to its young demographic, strong e-commerce growth, and increasing smartphone and internet users, heard a conference in Ho Chi Minh City on October 31.