Modern retail channels have been invading the domain of traditional markets.

“I buy nearly everything I need here. After making payment, I will buy some special things at the traditional market on the other side of the road,” Quynh Trang told reporters m'at a convenience store in front of Hiep Binh Chanh Market in Thu Duc district, HCM City. 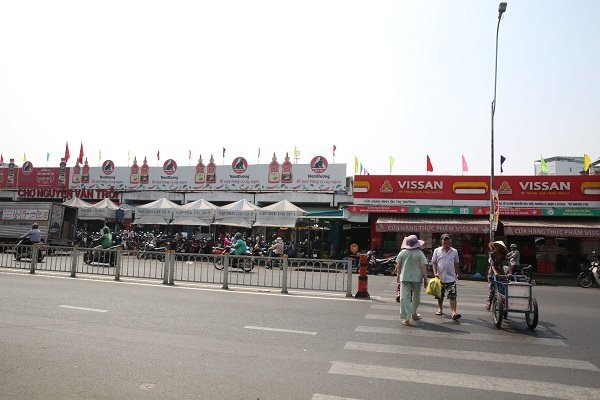 Trang explained that shopping at convenience store is good for office workers who are always busy.

Analysts say that consumers are ‘restructuring their shopping behaviors’ and traditional markets have been put in a disadvantageous position when competing with modern retail channels.

In HCM City, hundreds of traditional markets are under threat because of the strong rise of modern retail channels. Modern shops are not only seen on large streets, but have appeared in every residential quarter and small alley.

In 2018 and 2019, the market witnessed the opening of hundreds of new convenience stores and supermarkets to satisfy the increasingly high demand throughout the country.

Dang Thanh Phong from The Gioi Di Dong JSC, the owner of Bach Hoa Xanh supermarket chain, said the retailer has been setting up many Bach Hoa Xanh shops next to traditional markets, because it wants to approach housewives and consumers.

In order to attract consumers, Bach Hoa Xanh sells essential goods, which are the major products of traditional markets, such as food (vegetables, fruits, meat, fish, eggs and milk) and cosmetics.

Bach Hoa Xanh has 1,000 shops in HCM City and neighboring provinces, mostly located in the areas where there are traditional markets, suburban areas and residential quarters. The retailer plans to open 800-900 more Bach Hoa Xanh shops in the central to the southern regions.

Nguyen Van Troi Market shows how a traditional market is "attacked" by modern retail channels. A Vissan supermarket and a CoopFood shops are located in front of it, while a B’smart shop is on the other side of the street. Just 500 meters away from the market, there is another CoopFood shop which has just opened. A Circle K is seen on Tran Huy Lieu street, which is also near the market.

Several supermarkets in Hanoi have run out of food as local people rush to stockpile products amid rising fear of the Coronavirus outbreak.

It is becoming more and more difficult for manufacturers and suppliers to distribute their products via supermarkets.