There are two clear investment tendencies in the automobile industry. First, becoming the leading assembling center in Southeast Asia, and second, buying technologies and making automobiles for export.

The Q1 2019 report of the Vietnam Automobile Manufacturing Association (VAMA) showed that while the sales of domestically assembled cars decreased by 8 percent, value of imports soared by 230 percent compared with the same period last year. 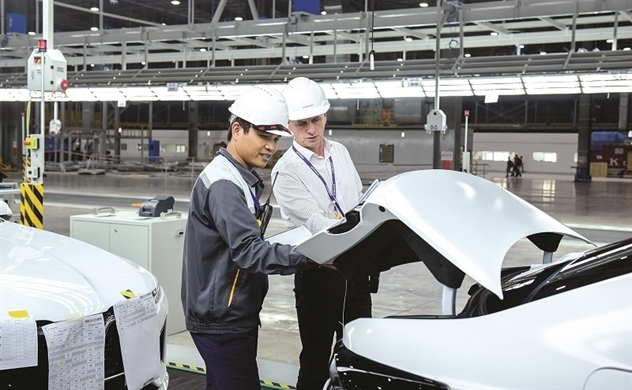 In the last two years, Vietnam’s automobile industry has witnessed big changes because of the ASEAN Trade in Goods Agreement (ATIGA). The tariff cut from 30 percent to 0 percent applied to ASEAN-originated products has attracted investors, who enjoy benefits from ATIGA.

Vietnam is considered a potential market thanks to the modest ratio of 23 car owners per 1,000 people (the figures are 264 in Thailand and 400 in developed countries).

Vietnam’s income per capita is estimated to reach $3,000 by 2021, and the current low ratio of car owners and the possible policy on motorbike restriction are expected to lead to a car boom.

VinFast has exported its first consignment of 160 cars to many markets to experiment with safety in different weather and road conditions.

Meanwhile, Thaco has opened a factory in Chu Lai IZ, making Peugeot cars after making Kia and Mazda products. With investment capital of VND4.5 trillion, the 7.5 hectare factory plans to churn out 200,000 products a year. It is designed to fulfill the orders of different kinds for export.

As for Hyundai Thanh Cong, after a period of importing and distributing Hyundai products, the company last year decided to set up a factory to assemble Hyundai cars in Vietnam after signing an agreement to become the strategic partner of Hyundai Motor.

Thaco and Hyundai are following the path to become foreign manufacturers’ partners which assemble cars of famous foreign brands.

Meanwhile, VinFast has decided to manufacture cars with its own brand with imported foreign technologies.

Tran Hong Ninh, CEO of BVOT, which has been operating for seven years in the automobile industry in Vietnam, commented that it is still two early to say which path is better.

VinFast can make cars with its own brand, but in order to do this, it will need huge investment capital.

Thaco and Hyundai Thanh Cong cannot develop their own brands, but can set up automobile production centers in Southeast Asia and Vietnam and make products for export.

GDC reported that in Q1, Vietnam imported $883 million worth of cars.