Many private investors say they want to develop railway projects but have given up because of certain policies.

The policy on diversifying capital sources by selling railroad cars and making concession to exploit rail sections to private investors was first put forward 10 years ago. 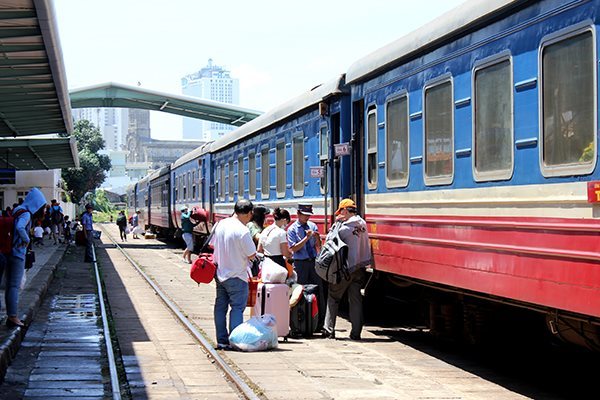 At that time, local newspapers compared the train with ‘Boeing railway’ as the railroad cars were imported from South Korea and equipped with LCD stereo sound, air-conditioner and luxury mini bars.

However, the train only ran for two months because of the lack of passengers.

In the context of dilapidated trains and the degradation of the railway, the Ministry of Transport (MOT) in 2014 approved a plan to call for investment capital from different sources to develop the railways. Sixteen projects were introduced, calling for private capital.

Many big corporations, including Sun Group, T&T, Vingroup and Bach Dang Trade & Hotel Service, showed their interest in the projects. They hoped that when calling for investment in these huge projects, the State would remove barriers to investors. They put high hopes on the amended Railway Law which took effect on July 1, 2018, offering incentives to investors.

However, the investors finally decided not to develop the projects because many problems were not removed.

Five years after the 16 projects were introduced, only the logistics center project at Yen Vien Station in Hanoi was assigned to a private investor and it became operational on September 2016.

Asked why investors turned their back to railway projects, MOT said both investors and management agencies did not know which investment modes they had to follow to fit the state’s regulations.

Many investors left after conducting field research because they heard that assets such as land and infrastructure items would still belong to the state.

Vu Anh Minh, chair of the Vietnam Railways Corporation, commented that the current unreasonable mechanism hinders the development of the railway.

He said Song Luy Station needs VND30 billion of investment capital to be upgraded and to obtain turnover of VND200 billion. However, the project cannot be implemented. The State still controls the railway sector, but it doesn’t have capital for investment, while enterprises have capital, but they cannot get the projects.

The Hanoi Railway Transport Joint Stock Company has temporarily suspended the operation of several routes due to a shortage of passengers as of Monday.