According to MARD, Vietnam exported $694 million worth of seafood products in April 2019, raising the total export value in the first four months to $2.5 billion, an increase of 2.4 percent over the same period last year. 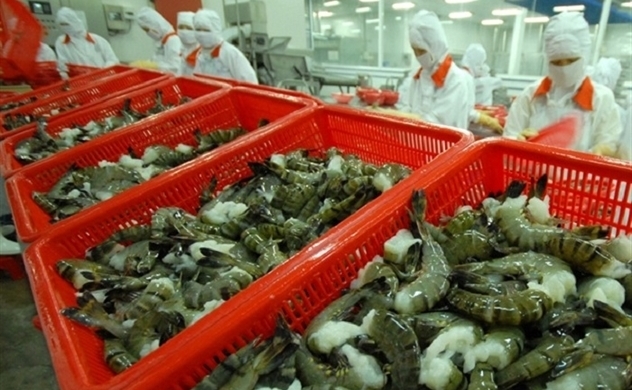 The US, Japan, China and South Korea were the four biggest consumers in Q1. However, the US could not find its name in the list of markets with sharpest value growth. Mexico topped the list with the value growth rate of 36.1 percent, followed by the Philippines 33.8 percent, Malaysia 33.2 percent and Japan 16.1 percent.

MARD’s (Ministry of Agriculture and Rural Development) report showed the shrimp market was stable in April. In Bac Lieu, iced white-leg shrimp prices were stable, ranging from VND84,000 to VND108,000 per kilogram depending on shrimp size.

As such, the fall in exports to the US predicted before did not occur. Shrimp products did not meet barriers from SIMP (Seafood Import Monitoring Program) which took effect on January 1, 2019.

In April 2019, the US DOC gave preliminary conclusion that Vietnam’s warm-water frozen shrimp products from Sao Ta and Nha Trang Seafood JSC were not dumped in the US in the period from February 1, 2017 to January 31, 2018, and the anti-dumping duty on the two companies was zero percent.

The zero percent tax rate is also applied to the other 29 defendants. Meanwhile, 67 other shrimp exporters still bear the tax rate of 25.76 percent.

MARD said the good news will help boost shrimp exports to the US as it helps Vietnam improve competitiveness over the other exporters, including India, Thailand, Indonesia, Ecuador and China.

Prior to that, in February and March, the value of exports to the US decreased by 22.8 percent and 44.4 percent, respectively. With the results, the US fell to the third position in catfish imports from Vietnam.

The final decision about the anti-dumping duties for the POR 14 applied to Vietnam’s catfish was released in April, which will affect exports.

The catfish price in Mekong Delta is increasing. First-class catfish was traded at VND25,000 per kilogram, a slight increase of VND1,000 per kilogram. However, the price was still low compared with the average price level in 2018.